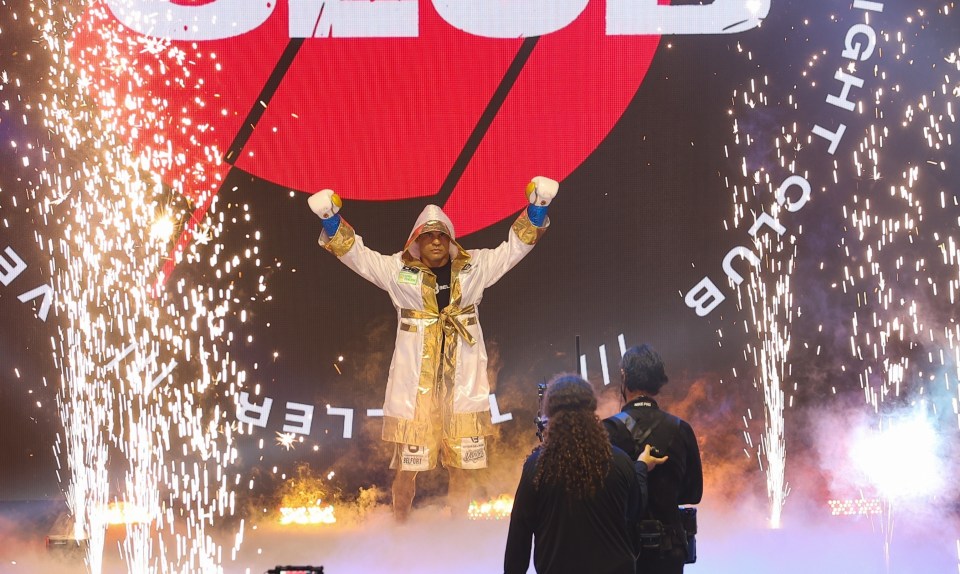 VITOR BELFORT’S demolition job of Evander Holyfield was ‘horrible’ for David Haye, who was ‘very disillusioned’ with the ex-UFC fighter.

At 44, Belfort had a number of years on 58-year-old opponent Holyfield, after the American stepped in for the Covid-hit Oscar De La Hoya.

Hopes for an extended exhibition contest to witness the veteran fighter’s abilities have been rapidly extinguished by the previous MMA star’s first-round knockout blow.

Belfort’s celebrations on the fast win have been unjustified, in the eyes of Haye.

The 40-year-old informed iFL TV: “It was horrible to see my hero getting starched in one spherical.

“I actually didn’t like seeing that in any respect. But that’s boxing.

“I talked to Vitor on the weigh-in and stated, ‘You’re not gonna go on the market and smoke him?’. Because clearly he’s 44 and nonetheless in good condition, he is younger and contemporary, preventing a 58-year-old.

“I believed he was gonna transfer him round, we would see a factors resolution.

“He went on the market and simply blasted him out. I used to be like, ‘What are you doing? He’s 58’.

“And he was celebrating like he’s finished one thing spectacular. What’s spectacular about knocking out a 58-year-old? No matter how spectacular Holyfield seemed on the scales.

“Different people have different values of respect. I was very disappointed.”

Former heavyweight champion Haye placed on a extra measured show when preventing on the undercard on Saturday, simply defeating Joe Fournier on factors in eight rounds.

The Brit has now claimed he is able to battle Tyson Fury – because of possessing the Gypsy King’s ‘kryptonite’.