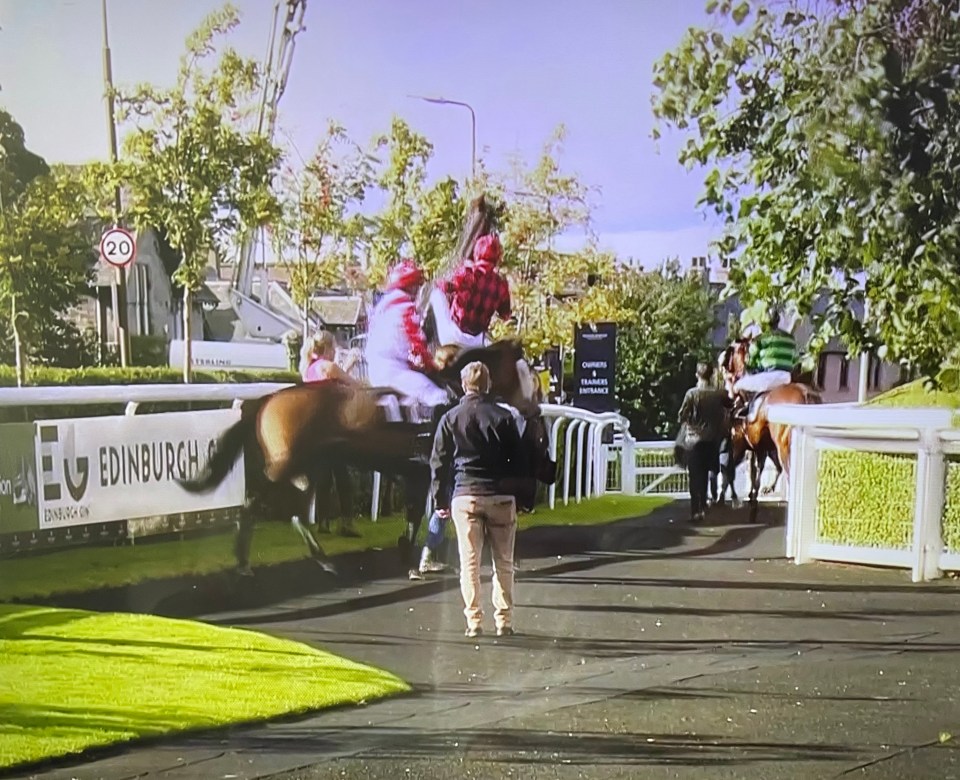 THIS is the terrifying moment a horse dumps her jockey to the bottom then bolts off past shocked stable staff in a scary pre-race incident.

Poor Phil Dennis had nowhere to go however down when two-year-old Wondrous Things reared up wildly.

The jockey was getting ready to race in the 4.35 5f dash at Musselburgh on Saturday afternoon.

But Racing TV cameras captured the moment the Tim Easterby-owned horse determined she wished no a part of the competition.

Wondrous Things reared proper up onto her hind legs and Dennis was proven plummeting to earth.

Things might have gone actually awry when the horse then set eyes on a gap, which appeared to result in a carpark.

Stable staff rushed out of the best way whereas one courageous girl tried her greatest to flag the horse down.

But it was to no avail as she sprinted off, earlier than finally being caught and introduced again beneath management.

Wondrous Things was pulled out of the race and Dennis was stated to be ‘shaken’ however fortunately unharmed after the scare.

“Thank goodness Phil Dennis could get up and walk away.”

Fortunately that meant there was no repeat of the horror incident that put Sammy Jo Bell out of motion for ten months.

She broke a pelvis and spent weeks in a wheelchair after Royal Duchess fell on prime of her earlier than a race at Carlisle in May 2016.

Another jockey was despatched flying by a ‘bucking bronco’ horse not too long ago after a smack to regulate it went horribly mistaken.

Phillies rally from 6 down, beat Bucs 12-6 to gain on Braves