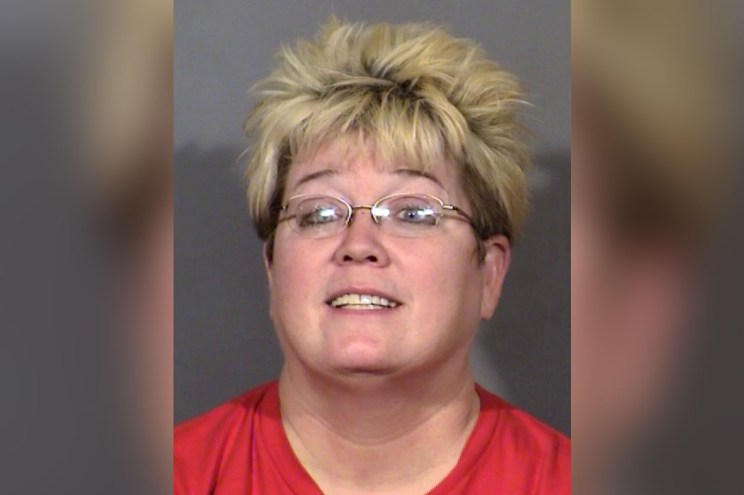 A lady was arrested at a Las Vegas airport final weekend after allegedly refusing to wear a face masks aboard a aircraft then screamed “Let’s go Brandon” and different obscenities as she was taken into custody, a report stated.

Police stated Katrina Alspaugh first precipitated a scene Sunday on the safety checkpoint at McCarran International Airport when she tried to punch one other passenger who complained she wasn’t sporting a face protecting, KLAS reported.

Alspaugh then boarded an Allegiant Air flight — solely to be eliminated by an airline employee as a result of she allegedly wouldn’t adjust to a federal requirement to wear a face masks whereas on the aircraft, the report stated.

Police stated as officers had been escorting Alspaugh off the jet bridge, she yelled “Let’s go Brandon” — a weird substitute for the “F–k Joe Biden.”

So far in 2021, airways have reported over 5,000 cases of misbehaving passengers to the Federal Aviation Administration. The majority of the complaints stem from individuals refusing to wear face coverings