Brazen fly-tippers dump wardrobes, pushchairs and an entire mobile home on the side of the road leaving locals furious 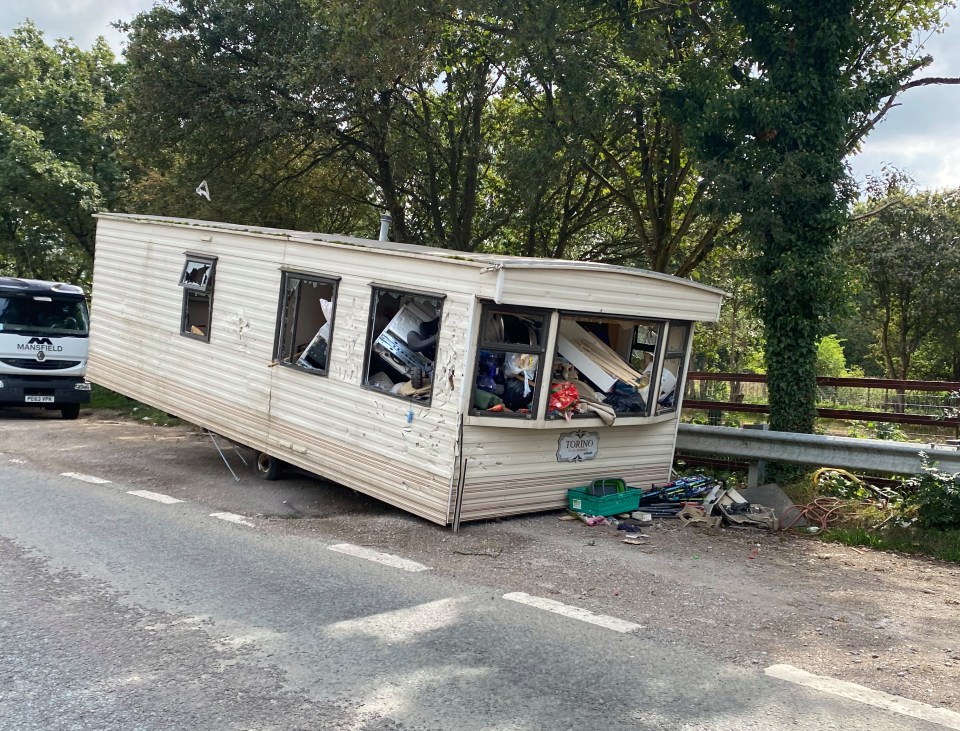 BRAZEN fly-tippers dumped an entire mobile home on the side of the road leaving locals furious.

The 28-foot extended trailer, packed full of wardrobes and pushchairs, was deserted on a roadside verge merely yards from a recycling centre.

The cream-coloured home furthermore has garbage – together with mattress frames and discarded quantity plates – piling out of its smashed home home home windows.

A disgruntled shut by resident first complained about the mess on September 1 after recognizing it on the A40 close to Beaconsfield, Buckinghamshire.

Posting on FixMyStreet, which logs tales of road components, they mentioned: “I see that this was reported on September 1 and nonetheless there on September 12.

“What is the council’s excuse for this one not getting it removed and prosecuting the person whose number plate is in the original photo left on September 1?”

Reacting on Facebook, Adell Coppock mentioned: “I find it hard to believe that no one saw anything or that a CCTV camera somewhere on the way there didn’t pick it up.”

Rob Papworth agreed, saying: “Impressive how they got that there undetected.”

Katie Bee added: “And guess what the council will do? Absolutely nothing, spot on.”

A spokesperson for South Bucks Council mentioned: “Our Highways Team are aware of the caravan and are arranging for it to be removed as soon as possible.”

In July, vigilante farmers educated how they’d carried out a sting operation on a fly-tipping gang.

Steve Jones, 65, and his lads Josiah, 30, and Trevor, 33, outsmarted the yobs by blocking them in with their tractors.

They hatched the plan after seeing a Ford Transit Tipper slicing off padlocks to dump garbage on their land on every day basis for six days.

And earlier this 12 months, a “disgusting” property ruined by fly-tippers was being “ravaged by rats”.

Skips had been overflowing with filthy garbage and fairly a number of bin baggage had been dumped all by way of the streets in the Griffin space of Blackburn, Lancashire, leaving youngsters scared to depart their rooms.