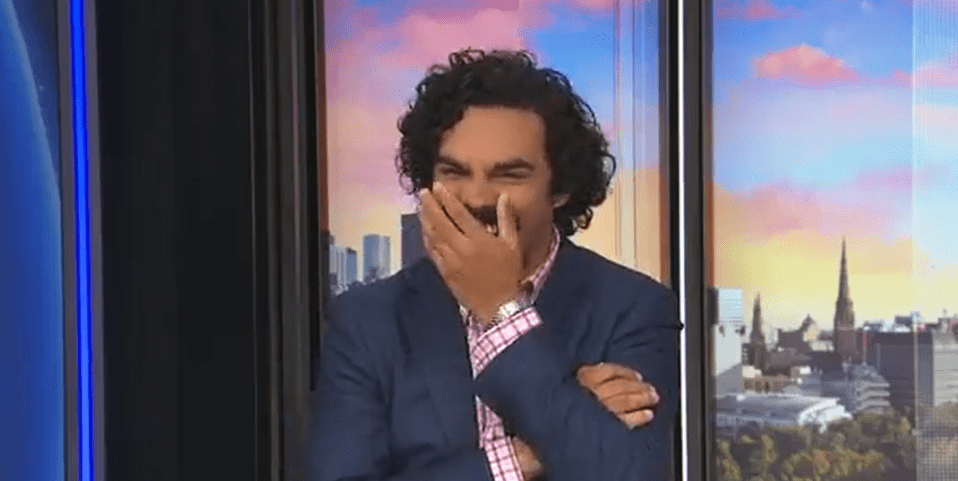 A BREAKFAST presenter left a studio in hysterics with a VERY rude comment about a sport star’s privates.

During a component on Aussie channel ABC News Breakfast, Tony Armstrong talked about: “Australian skipper Tim Paine is about to bear neck surgical course of nonetheless medical workers hold assured that the veteran shall be match for the Ashes.

Despite correcting his error, his co-stars instantly picked up on it whereas he burst out laughing.

Tony replied: “Disc. I said disc”, with Michael joking: “That’s what I thought you said.”

The pair – and fellow presenter Lisa Millar – struggled to include their giggles and ultimately handed to the native climate reporter Nate Byrne.

However he was equally amused by the gaffe and talked about: “Why me? Don’t bring me into this. Is it my mic working? I hope not.”

Viewers had been furthermore in hysterics with one tweeting: “I’d ask doctors for a second opinion on that surgery…”

Another added: “Getting a little too excited for the Ashes  @tdpaine36 ??”