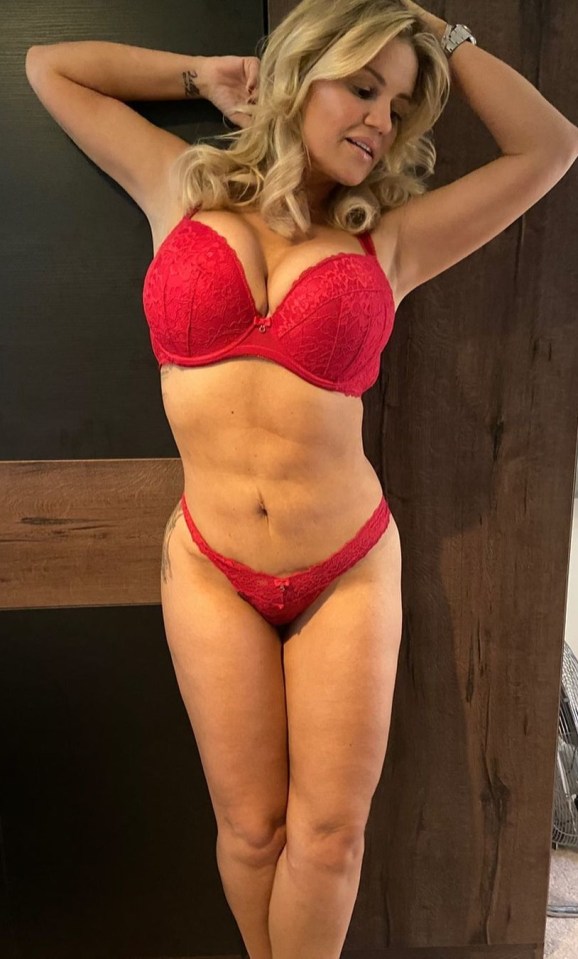 KERRY Katona has informed how she was “humiliated” after having to take her garments off on Celebrity SAS: Who Dares Wins.

The mum-of-five, 40, a former star of Atomic Kitten stated she felt “really uncomfortable” when directed to take all her garments off.

She defined: “For me, it’s kind of humiliating having to strip in front of everyone.

“There’s a digital camera crew, masses of males, and so they’re all trying at you. I saved my knickers on, I felt actually uncomfortable immediately.

“But that’s what this show is about, they want to strip you absolutely bare and then kind of build you back up again, I guess.”

The programme has proved an enormous problem for Kerry, who viewers noticed breaking down in tears throughout a grilling on the present.

During the part the place she was requested to talk about her life, she informed the workers about her abusive relationship with ex George Kay, who died in 2019.

She stated: “When George died there have been so many blended feelings. I used to be so indignant.

“How f***ing dare you die. Putting me and the kids through all that s**t and then you just die.

“The worst conversation I had to have was with my five-year-old [Dylan-Jorge] to tell her her daddy had died. I had to explain that to a baby. T**t as he was, he was still her dad.”

Viewers discovered it arduous to watch and rallied behind Kerry with one telling her: “Making me sob watching you on sas who dares wins!

Speaking forward of the collection launch of Celebrity SAS, Kerry stated: “I’ve bought rather a lot of closure doing the present.

“I wanted to prove something to everybody – that I’ve turned my life around. I’ve been through hell and back several times and I thought ‘why not give it another go?'”