CNN chief medical correspondent Dr. Sanjay Gupta sought to clarify the reasoning behind his appearance on Joe Rogan’s podcast “The Joe Rogan Experience” this week, claiming he felt he “needed to go into the lion’s den” to talk to folks about public well being.

Gupta confronted intense criticism stemming from his appearance on the present, wherein he admitted that CNN should not have referred to Rogan’s use of the drug ivermectin to deal with the coronavirus as him utilizing “horse dewormer.”

CNN didn’t instantly reply when requested if Gupta was pressured to justify the appearance in his Wednesday piece following the backlash.

In the piece titled “Why Joe Rogan and I sat down and talked — for more than 3 hours,” Gupta detailed his dialog with Rogan, together with his “futile” try to persuade the common radio host to take the coronavirus vaccine, and in contrast it to being in a blended martial arts (MMA) bout.

“I realized that if I was serious about trying to communicate public health, I needed to go to a less comfortable place. I needed to go into the lion’s den and accept an invitation to sit down with Joe Rogan for more than three hours,” Gupta wrote earlier than admitting that lots of his buddies suggested him not to settle for Rogan’s invitation.

“In fact, when I told Joe early in the podcast that I didn’t agree with his apparent views on vaccines against Covid, ivermectin and many things in between, part of me thought the MMA, former Taekwondo champion might hurtle himself across the table and throttle my neck. But, instead he smiled, and off we went,” he added. 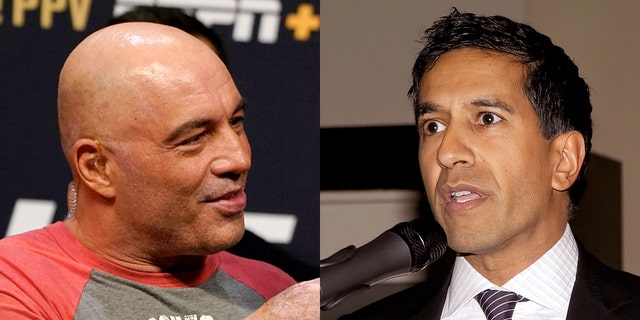 Gupta described their dialog as “like being in the octagon” whereas the two traded jabs over coronavirus antibodies, vaccines and masks. The overwhelming majority of these hospitalized and dying from coronavirus in current months have been unvaccinated.

WHERE TO FIND COVID VACCINES: HOW TO SEARCH FOR PROVIDERS AND FIND AVAILABILITY

“I guess a small part of me thought I might change Joe Rogan’s mind about vaccines. After this last exchange, I realized it was probably futile,” he stated. “His mind was made up, and there would always be plenty of misinformation out there neatly packaged to support his convictions.”

“Truth is though, I am still glad I did it. My three-hour-long conversation wasn’t just with Rogan. If just a few of his listeners were convinced, it will have been well worth it,” Gupta stated.

Gupta didn’t point out his interplay with Rogan, wherein he admitted CNN should not have referred to his use of ivermectin as “horse dewormer.”