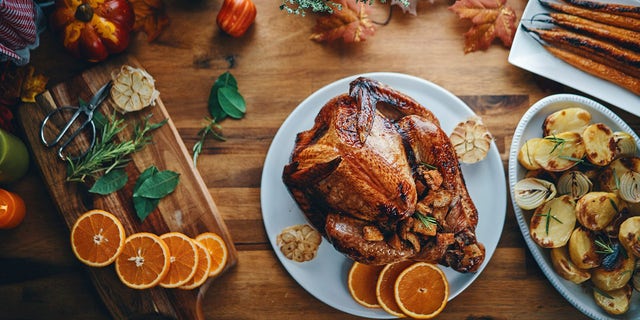 The George Washington University Student Association despatched an electronic mail to college students on Monday stating that “Thanksgiving day is a reminder of the genocide of millions of Native people.”

The electronic mail was despatched as half of a weekly publication from the scholar affiliation, and states that for a lot of throughout the campus group, Thanksgiving day “is a reminder of the genocide of millions of Native people.”

“Although we recognize the importance of giving thanks and spending time with family and friends, we must also recognize that Thanksgiving for many in our community is a day of mourning,” the e-mail states.

Additionally, the scholar affiliation states within the electronic mail that Thanksgiving day is a reminder of “the relentless assault on Native culture.”

THANKSGIVING ‘MYTH’? UNIVERSITIES ASK WHETHER AMERICANS SHOULD ‘RECONSIDER’ HOLIDAY AS ‘DAY OF MOURNING’

“Thanksgiving day is a reminder of the genocide of millions of Native people, the theft of Native lands, and the relentless assault on Native culture. It is vital to acknowledge the integral role Native Americans played in founding both this nation and the land that GW is built upon,” the e-mail continues.

George Washington University is not the one one criticizing the Thanksgiving vacation.

The George Washington University Student Association didn’t reply to a request for remark from Fox News.

The alumni associations of the University of Maryland, Florida Gulf Coast University, Washington State University, Hiram College in Ohio and California State University, Long Beach participated in an occasion asking whether or not Americans ought to “reconsider” the Thanksgiving vacation.

The occasion’s speaker, Peter C. Mancall, a professor on the University of Southern California, advised Fox News that his aim for the occasion is to “explain the context for events and offer insights about how to interpret the existing evidence.”

“I respect my audience’s ability to draw their own conclusions about the material,” he stated.