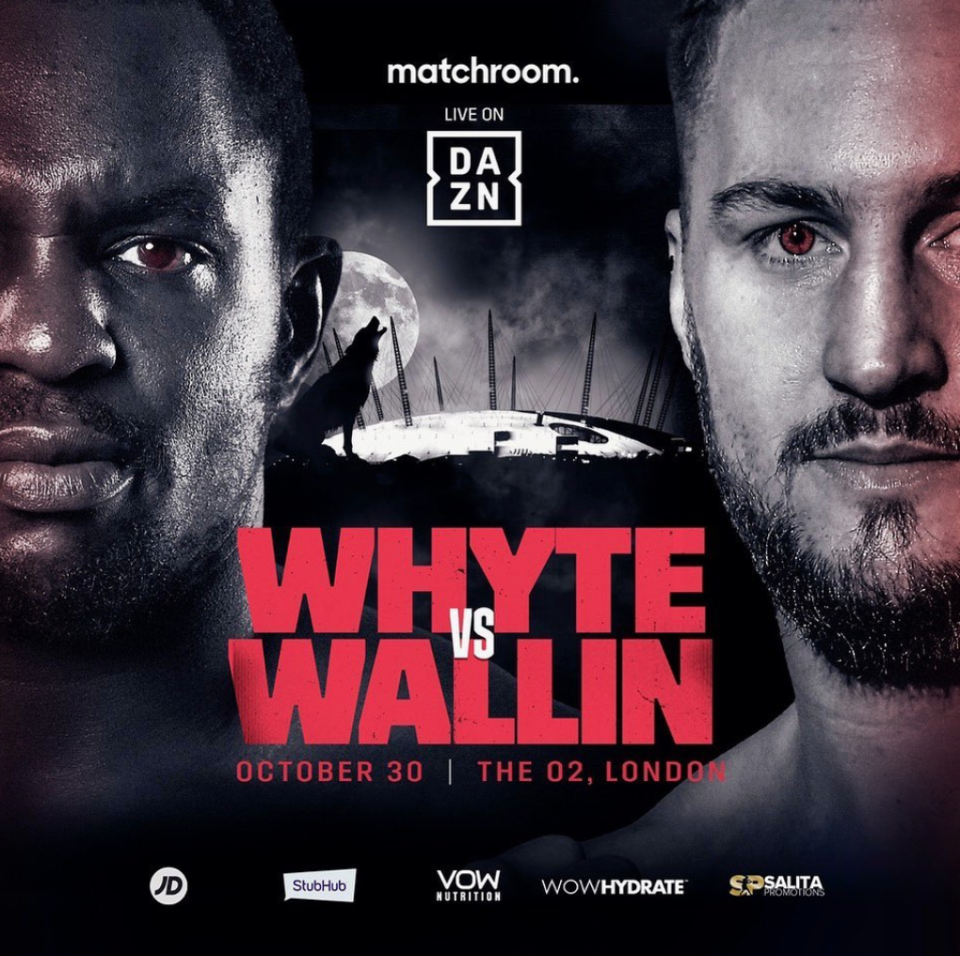 DILLIAN WHYTE and Derek Chisora’s eagerly-anticipated returns to the ring have formally been announced.

Brixton banger Whyte could be as soon as extra in motion on October 30 on the O2 Arena, locking horns with Sweden’s Otto Wallin.

Shortly after the official announcement of his subsequent outing, an excited Whyte wrote on Instagram: “Whyte Vs Wallin, October thirtieth dwell on the O2.

“It’s going to be a scary evening for Wallin.

“I’ve not boxed at home In front of crowds in nearly 2 years I’m ready to go to war.”

Whyte, 33, hasn’t set foot contained throughout the ring since his demolition of Russian Alexander Povetkin in March.

Chisora, throughout the meantime, was remaining in motion against former WBO heavyweight champ Parker in May.

A livid Chisora expressed his frustration with the judges’ scorecards in his post-fight interview, saying: “I’m earlier getting upset now.

“I apply onerous, I ship every half and that is the remedy I get from boxing.

“Same as remaining the combat. They don’t love me.

“I put it all in there and this is the result I get. This is unbelievable. Even his coach Andy Lee said I won the fight.”

Whyte vs Wallin and Chisora vs Parker II are merely two of the thrilling match-ups not too means again announced by DAZN.

Two weeks before Whyte and Wallin go to wrestle, former four-weight world champion Mikey Garcia will return to the ring.

The California clubber, who had been hoping to land a combat with boxing legend Manny Pacquiao, will lock horns with Sandor Martin.

Garcia’s battle with European super-lightweight champ Martin could be his first outing since his unanimous dedication victory over Jesse Vargas remaining February.