Devastated Kerry Katona reveals her kids have been ‘hit, abused and trolled’ over their famous mum 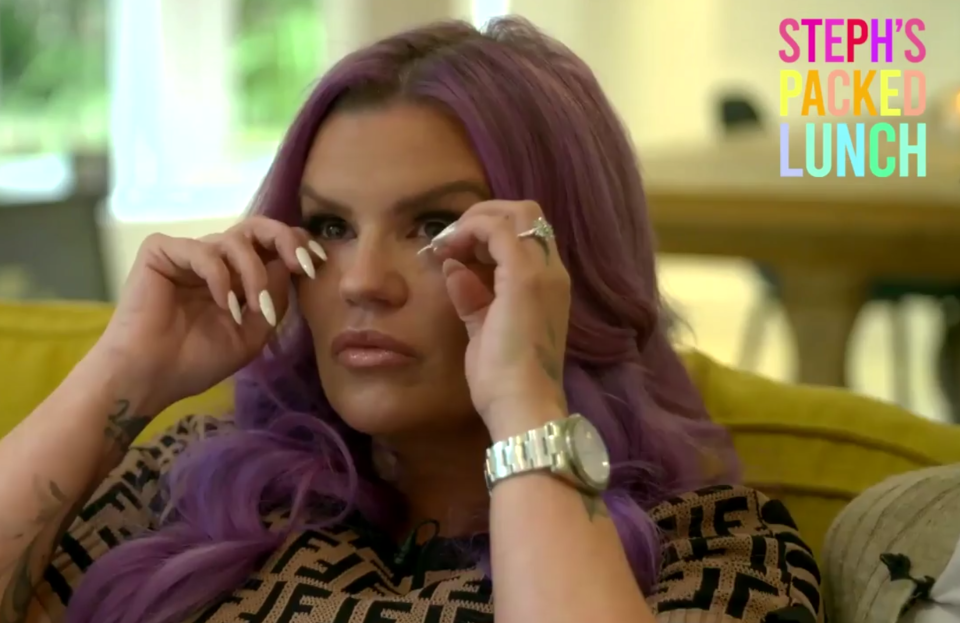 KERRY Katona revealed her kids have been “hit, abused and trolled” over their famous mum.

The 41-year-old former Atomic Kitten star talked about she felt like a “failure” realizing her 5 kids get harassed attributable to who she is.

Kerry is mum to Molly-Marie, 19, and Lilly-Sue, 18, from her marriage to Brian McFadden and Heidi, 14, and Maxwell, 13, from her second marriage to Mark Croft.

She furthermore has Dylan-Jorge, seven, from her relationship with the late George Kay.

Speaking on Steph’s Packed Lunch, she talked about: “My kids have been hit, they have had abuse head to head, they have had varied it on-line. It’s heart-breaking.”

She went on: “As a parent you feel helpless. Me particularly, I feel to blame because the bullying is because of who their parent is. So that all makes me feel a failure as a mum.”

“It’s not reliable that my kids are getting insults attributable to my errors.

“I’ve accepted my mistakes, but it is not fair that my children are still getting it.”

Viewers to the very first episode noticed the star crying as she recounted just some of the abuse from her ex George.

Speaking relating to the ordeal she talked about: “The shouting took me as soon as extra to feeling nugatory.

Asking relating to the have an impact on it had on her kids, Kerry outlined: “George was actually abusive.

“They heard the shouting and saw the black eyes. Eventually I left – I just thought, ‘I can’t let my kids grow up like this.'”

Do you have a narrative for The Sun Showbiz workforce?