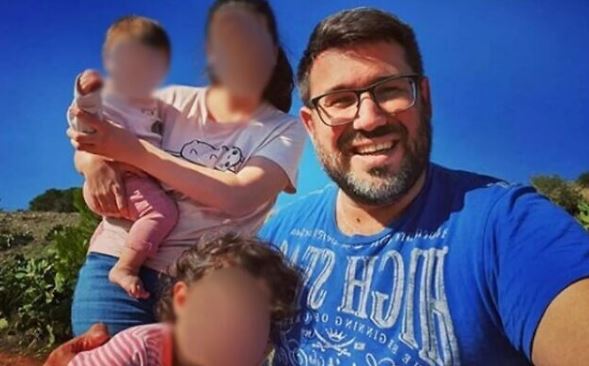 A DAD killed his 10-month-old daughter and tried to homicide his wife before blaming it on the “stress” of residing subsequent door to his mother-in-law.

Barak Ben Ami, from Israel, murdered the tot and additionally stabbed his wife and three-year-old daughter in a knife rampage.

The 35-year-old claimed the assault was triggered by his mother-in-law visiting the household residence final March, who helped his three-year-old daughter into a dressing up for Purim – a Jewish competition.

It’s reported the violence erupted after his wife’s mum left the home.

Ben Ami and his household had been residing in a housing unit joined to his wife’s mother and father in Hod Hasharon, studies the Jerusalem Post.

In April 2020, he was charged with one depend of aggravated homicide and two counts of tried homicide.

“The defendant’s violent, aggressive and brutal acts, during which he did not hesitate before attacking and stabbing his daughters and wife many times, all over an inane argument, demonstrate his danger to public safety,” prosecutors wrote, reports the Times of Israel.

He pleaded responsible to the homicide of his 10-month-old daughter at a listening to on Sunday on the Lod District Court.

Ben Ami was handed a life sentence for the homicide, in addition to a further 20 years for severely injuring his wife and different daughter.

“We have waited for this day for a year and a half,” she mentioned.

“The morning of the homicide we couldn’t cry out, however that is the second the place we’re crying out for assist and asking for a harsh punishment for our assassin, who has not taken duty for his actions.

“This is not a father, this is a monster. I hope he will remain in jail for the rest of his life so that we will not need to live under a cloud of fear.”