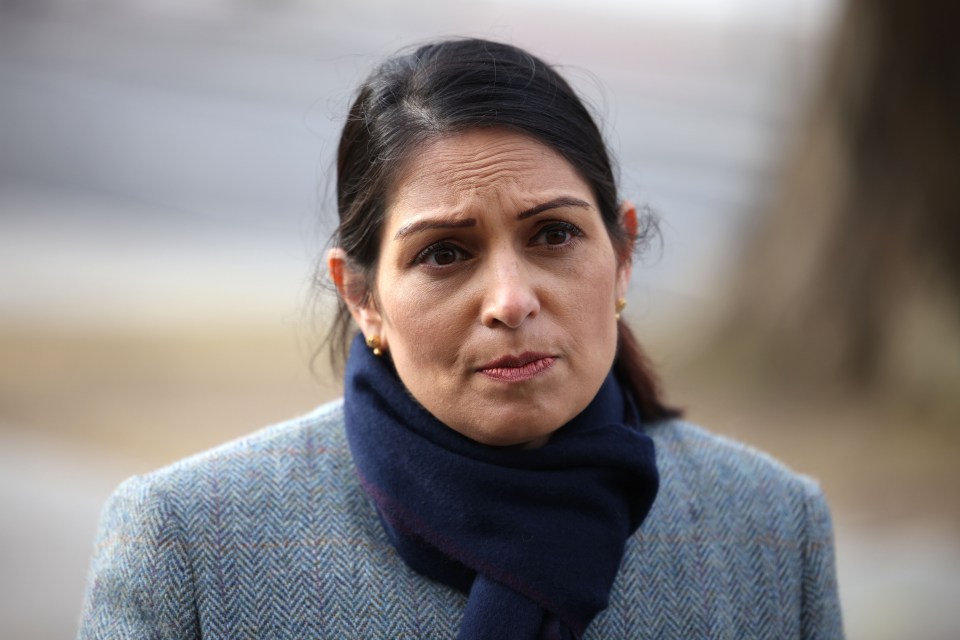 PRITI Patel says its her job to make cross-Channel crossings “unattractive” for migrants to stop them coming right here.

The Home Secretary says these tactic over the long-term goals to “crush the ability” of organised crime gangs to site visitors folks over to the UK.

Patel praised officers this week as plans are drawn up for vessels to be intercepted and turned again in the direction of France which sparked a diplomatic row.

She made the feedback in a letter to Border Force officers telling them they’ve her “full support” as they sort out the rising drawback.

She backed them for their “incredible work” in devising ways “to protect our country’s borders”.

She wrote: “In order to eliminate the risk of making the crossing in the long-term we must make this route unattractive in the first place.”

She added:  “The fact is we must stop these unsafe, unnecessary and criminally-facilitated crossings of the Channel by small boat.”

Ministers are additionally set on spending £200 million on new vessels together with £18 million on drones.

The greatest spend comes on changing the current cutter fleet.