(Reuters) – The tenth flooring of Quinn Emanuel Urquhart & Sullivan’s workplace in downtown Los Angeles was all however abandoned noon on Monday, aside from founder John Quinn and artist Molly Segal.

Segal, who describes her watercolor work as “a lot of California landscape-y stuff that leans dystopic,” is one of two artists at the moment in residence at the 875-lawyer agency’s pandemic-emptied headquarters.

“It’s the most surreal residency,” Segal mentioned when Quinn, on a video name with me, walked down the corridor to go to the vivid corner-office-turned-artist-studio that Segal mentioned she is “slowly destroying.”

Or perhaps it’s the reverse. The work she’s creating, together with a portray of a waterpark on hearth that is perhaps an analogy for California, is mesmerizing. (Indeed, Quinn, who has pledged to purchase one of her works when the three-month residency is over, instructed me he has his eye on that piece. “Molly has a dark imagination,” he mentioned.)

Painter Edgar Ramirez, who per his bio “works primarily with themes related to commerce, commodity, labor, geographical territory and identity,” is occupying one other nook workplace studio.

In addition to the swanky workspace and assured sale of a portray, each artists are getting a $15,000 stipend from the agency, plus $1,500 for supplies, and can have a two-person present in early December after their residency ends.

At least two extra (still-unnamed) artists might be chosen for residencies subsequent 12 months, with purposes opening quickly for the subsequent go-round.

But what about when the COVID-19 menace fades (certainly it would fade?) and attorneys come again to the workplace? What then?

“I don’t think we’ll ever have the same demand for space,” Quinn mentioned. Neither did he see any specific drawback with having an artist or two working alongside agency attorneys, if it got here to that.

In the meantime, he famous, “We have six floors (in Los Angeles), most of which don’t see a human being on any given day.”

An avid collector and artist himself, Quinn when confronting the empty workplace area instructed me he was impressed by a easy thought: “Wouldn’t it be cool if we actually had some artists in here working every day?”

The world is altering “faster than ever before,” he famous. “Who better than artists to give us insights into what those changes are and what they portend?”

The resulting artist-in-residence program was announced in June and received more than 150 applications from emerging and mid-career artists working in the Los Angeles area.

Quinn and partners Luke Nikas and Maaren Shah, who both specialize in art-related litigation, had what he called “the task and pleasure” of sorting through the submissions and picking the winners. (Originally, they planned for one inaugural artist, but the trio of judges couldn’t decide between Segal and Ramirez, so both got the nod.)

I asked Quinn how the rest of the firm’s 265 or so partners have reacted to the program.

“The ones who have spoken to me about it have been very enthusiastic,” he said. “I haven’t heard any naysayers.”

As for the cost, the litigation-focused firm in 2020 had gross revenue of $1.3 billion and profits per equity partner of $4.67 million, according to The American Lawyer. The outlay to the artists barely registers. “A rounding error,” Quinn called it.

At first glance, it might seem as if there’s little overlap between the work of visual artists and litigators. (Unless by overlap, you mean lawyers buying paintings to decorate their houses in the Hamptons.)

But Quinn, a legendary first-chair litigator, sees myriad similarities between the two.

Skilled trial lawyers are well-aware of the importance of graphics to convey information, but it goes beyond that, he said.

“You are presenting a case, which is a story, a version of events,” that’s created using documents and evidence and human beings as witnesses, Quinn said. “A trial lawyer in a real sense is like an artist facing a blank canvas.”

On our video call, he showed me one of the pieces he conceptualized (though he arranged for someone else to actually construct it). It’s called “17 Time Zones,” a reference to when Quinn would frequently travel to far-flung places such as Korea for work.

A gold cabinet filled with jewel-like pills, the work was inspired by artist Damien Hirst’s series of pill cabinets, though Quinn’s is, as he put it, more “over the top.”

Each pill has a different marking, such a dollar sign or the Batman logo, and plays with the notion that “there’s a pill for everything,” Quinn said, including getting to sleep when you’re jetlagged.

If he wasn’t a lawyer, might he have been an artist? I asked.

(The opinions expressed here are those of the author. Reuters News, under the Trust Principles, is committed to integrity, independence and freedom from bias.) 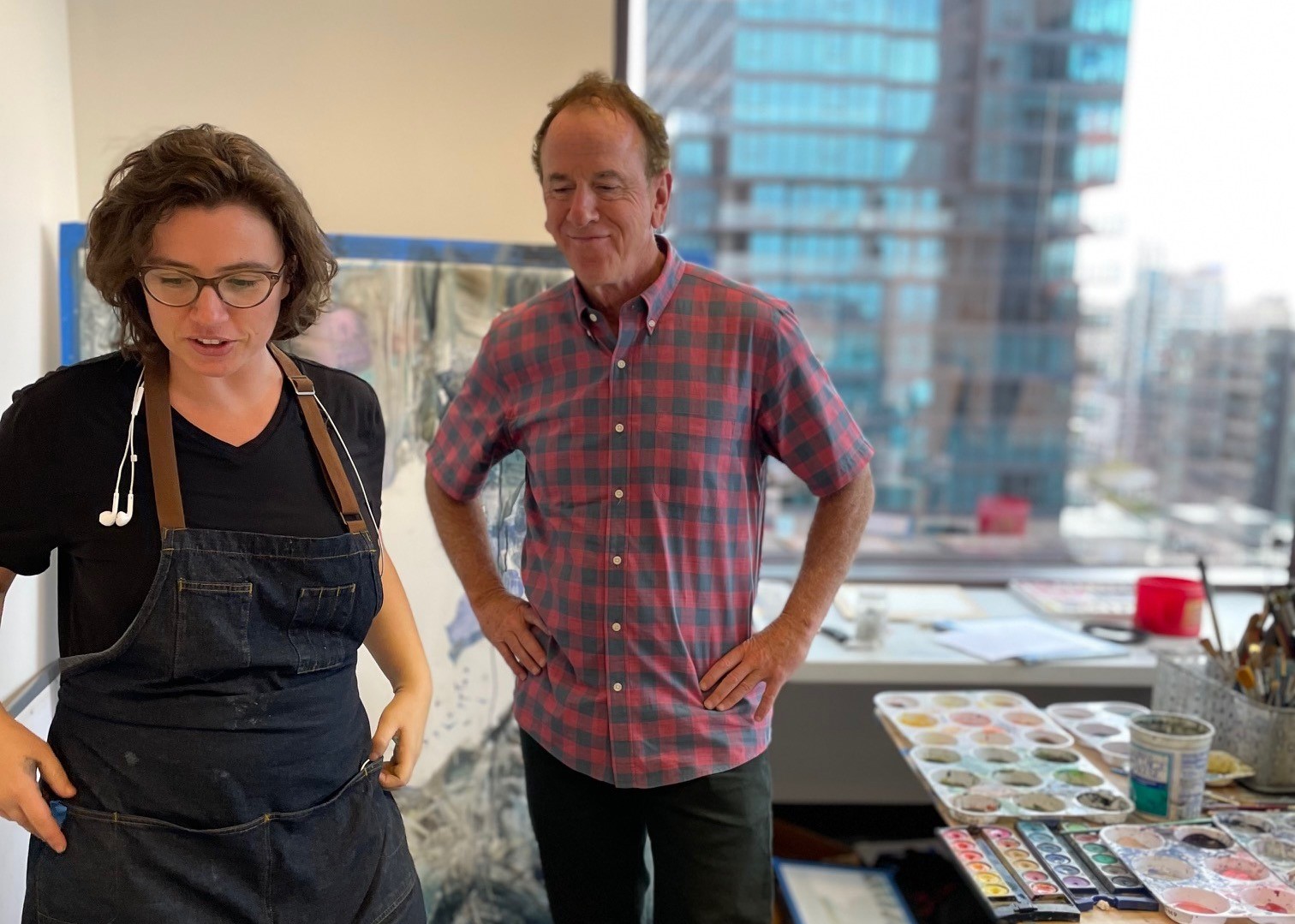