Leni Klum accompanied her dad, Seal, on the red carpet in a rare household outing.

The 17-year-old aspiring mannequin walked the red carpet with the musician, 58, for the premiere of the movie “The Harder They Fall.” The movie was written and directed by Seal’s (actual identify Henry Olusegun Adeola Samuel) brother, Jeymes Samuel.

Klum donned a black Dolce & Gabbana gown with a skirt fabricated from Swarovski crystals whereas Seal went for a extra conventional look in a black go well with.

Klum’s mother, mannequin Heidi Klum, was married to Seal from 2004 to 2012. Seal adopted the star’s daughter in 2009 after her organic father, Italian businessman Flavio Briatore, was absent from her childhood. 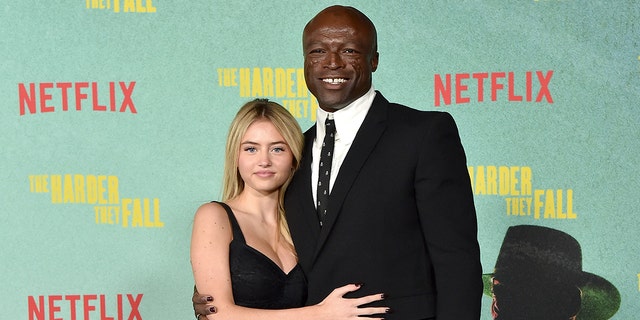 Leni Olumi Klum and Seal attend the Los Angeles Premiere of “The Harder They Fall.”
(Axelle/Bauer-Griffin/FilmMagic)

In an interview with US Weekly, the “Kiss From a Rose” singer admitted co-parenting “can be challenging” and “requires teamwork.”

“I always wanted to do what my mum does. I always wanted to be a model,” she mentioned. “During the shoot, I thought the whole time about how crazy and surreal it is, that I’m actually exactly where she was 20 years ago. It is an incredible honor for me to celebrate my birthday with you.”