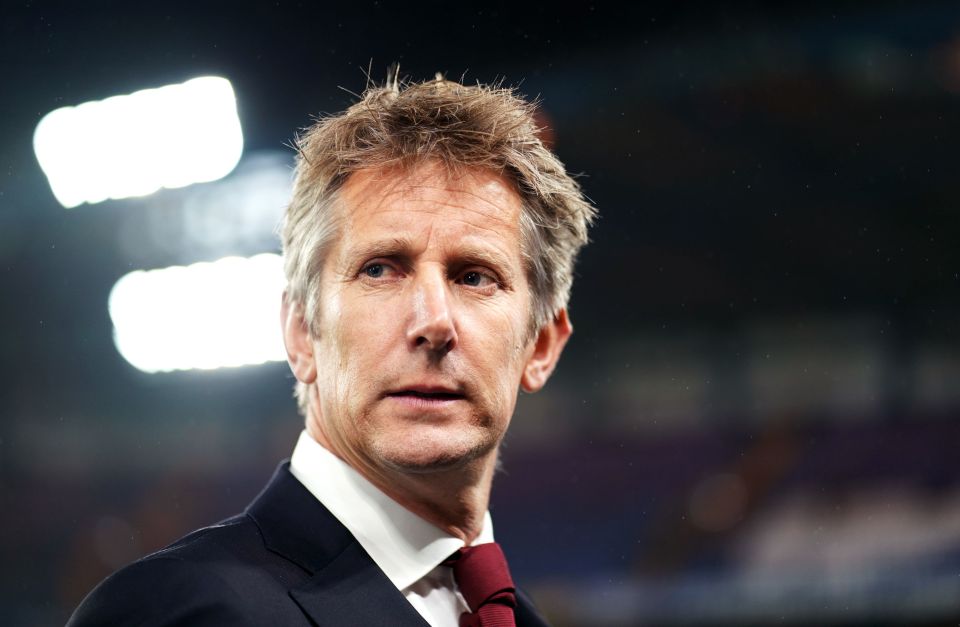 FORMER Manchester United star Edwin van der Sar has warned players “will take it into their own hands” if Fifa and Uefa cannot present they’re decided to tackle racism.

England’s players have been promised they will not face a repeat of their Hungarian race hell after they stroll out in Poland tonight.

But Dutch ace Van der Sar, now chief govt at Ajax, believes players will not put up with excuses and phrases of condemnation.

He mentioned: “We need organisations to step in.

“If there’s widespread racism or sure actions, sure factors, most likely players will take it into their own arms if organisations and governing our bodies should not doing sufficient about this.

“And I believe the second is coming nearer and nearer.

“So it’s now time for organisations to actually put an emphasis on these sorts of horrible actions from the stands, as we have been speaking for a very long time, and now we’d like extra extreme actions.”

Gareth Southgate has braced his facet for extra of the identical in Poland.

But Legia Warsaw boss Dariusz Mioduski insisted: “All I heard in Poland is criticism of what occurred to the England players in Hungary.

“I have not heard the rest.

“So I am not worried that similar things will happen in Poland, because clearly everybody was appalled by this.”

Southgate’s males had been booed previous to kick-off following England’s resolution to take the knee earlier than thrashing Hungary 4-0.

Manchester City winger Sterling was even pelted with missiles after breaking the impasse on the Ferenc Puskas Stadium.

He mentioned: “It is totally unacceptable that England players had been racially abused in Hungary final evening.

“I urge FIFA to take strong action against those responsible to ensure that this kind of disgraceful behaviour is eradicated from the game for good.”

Kodak Black Girlfriend: Who is the Rapper Dating in 2021?