Married At First Sight fans fear for Matt and Daniel as they miss dinner party – but there’s a twist! 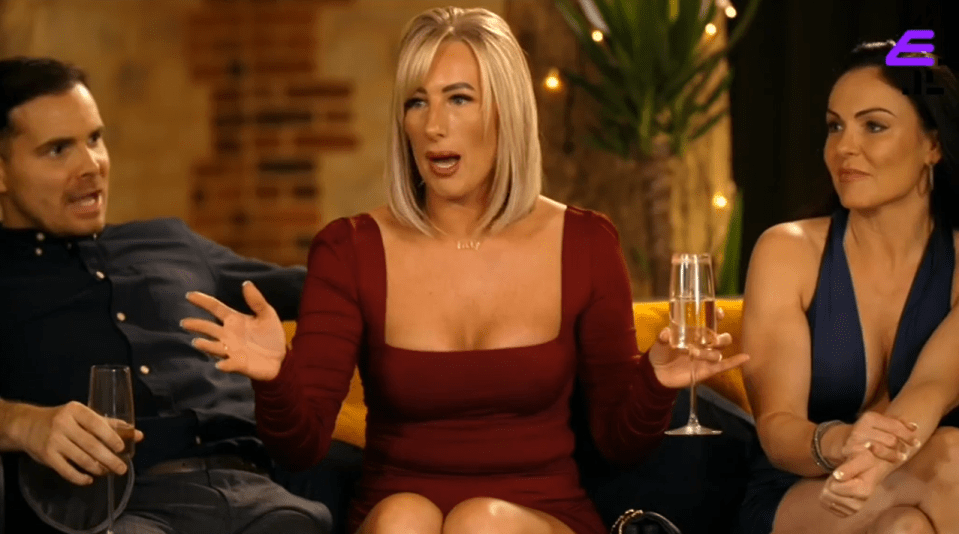 MARRIED At First Sight fans had been left fearing for Matt and Daniel’s relationship did not flip up for the reunion dinner party.

The couple, who had been final seen not getting alongside on their honeymoon, appeared to have disappeared from the present with out a hint.

The group realised that the couple hadn’t come for the reunion dinner, which noticed all of them collectively for the primary time since their weddings.

Matt, 39, and Daniel, 27, who’re the primary homosexual couple on the truth sequence, had their associates anxious they speculated “they had walked”.

During the dinner, Morag turned to her husband Luke and mentioned she felt they had left the present as Tayah added: “My gut is telling me they have walked.”

Meanwhile different {couples} had been left upset to suppose that the pair hadn’t turned up, with Adam saying: “I will be gutted if Matt doesn’t come back.”

Fans had been equally confused, taking to social media to share their considerations for the couple – who spent their honeymoon on sunny seashores.

“Nooo! I’m emotionally connected to Matt and Daniel on Married at first sight,” one viewer wrote to Twitter.

Another agreed of the sequence’ first homosexual couple: “Ngl, am totally in love with Matt & Dan on #MAFSUK. I really really hope they make it.”

But fans had nothing to fret about – as the ultimate moments of the present revealed the place Matt and Daniel really had been in a shock twist.

“I’m not coming to the dinner party. Matts not coming either,” Daniel mentioned over the cellphone after ringing Morag in the course of the party.

As the group crowded around the cellphone wanting involved, he added: “Listen, we will tell you all when we see you know.”

“You just need to know we’ve been held up on our honeymoon, everything is good,” Matt instructed them as the group erupted into blissful screams.

The couple are set to rejoin the group quickly after struggling to get dwelling to the UK from their dream honeymoon on Married At First Sight.

It comes after MAFS’s Nikita screamed that she “quit” after one other foul-mouthed meltdown was caught on digicam.

Nikita, who married Ant on the E4 actuality present final week, misplaced her management in entrance of the group tonight and screamed the home down.

The fiery outburst comes as the newlyweds meet up on the first dinner party following their honeymoons and focus on their regional accents.

Nikita’s mood flared as she clashed heads with Jordon throughout the desk, earlier than telling her fellow contestants she was “quitting”.