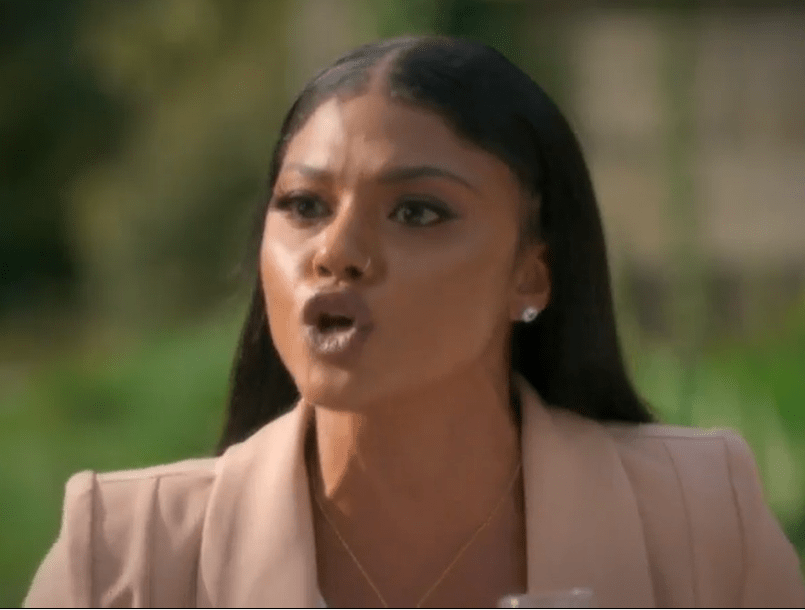 MARRIED At First Sight fans have been left open-mouthed this night time time as they watched Megan and Alexis come to blows in a teaser for tomorrow night time.

In the upcoming episode of the present, the boys and ladies is maybe separated for journeys away in a bid to remove “negative energy”, nonetheless the ladies’ outing is one factor nonetheless peaceable.

The voiceover teases that Morag will reveal “an upsetting secret”, with the blonde confirmed telling her co-stars: “I’m really sorry and I didn’t want to bring it up because I didn’t want to make you paranoid. However…”

While Morag’s revelation is not going to be confirmed, Amy may be seen wanting shocked by what she hears.

The outing solely will get further fiery, with Megan and Alexis locking horns in however yet one more battle after the sooner snogged Alexis’ husband behind her as soon as extra.

Megan was shocked earlier this week when her love rival returned to the experiment with Ant, and they every have lots of to get off their chest.

In the teaser, livid Alexis shouts: “I did not give you no go ahead to go and kiss my husband,” to which Megan screams as soon as extra: “It was your idea!”

The the remainder of the group look uncomfortable as Alexis insists the opposite girl is “lying”, before getting up and leaving the desk as she yells: “You’re p***ing me off!”

Needless to say, fans cannot wait to have a have a look at the drama unfold and flocked to Twitter to share their response to the scene.

One wrote: “It’s Megan gaslighting Alexis in the preview for me… Is she okay?? About ‘it was your idea!!!’ Get out of here…”

Another echoed: “What the actual f**k?! Is Megan saying Alexis told her to go ahead and kiss her husband?! Well I’m definitely not missing tomorrow’s episode now!”

A 3rd tweeted: “Yasss tomorrow is gonna be juicyyyyyyy”.

Do you must have a story for The Sun Showbiz crew?