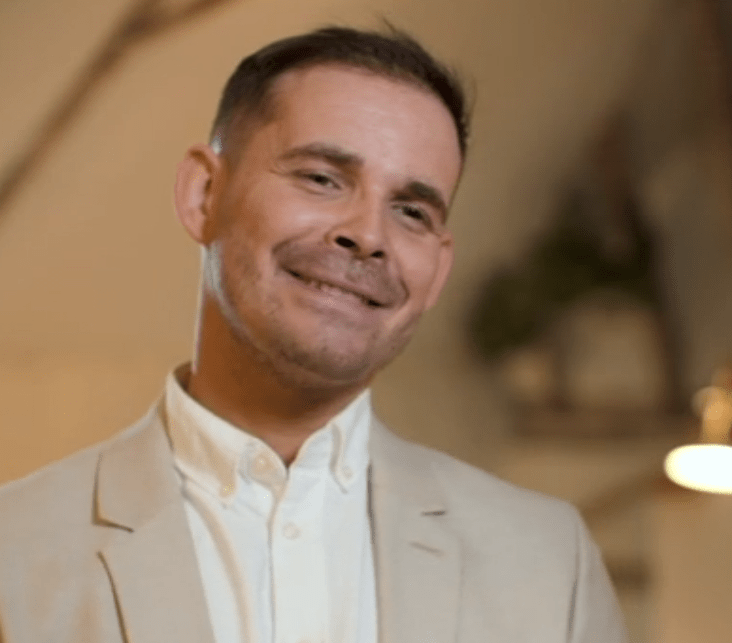 MARRIED At First Sight’s Luke was left blushing final night time after accomplice Morag made an X-rated comment to verify they’ve had sex.

Surrounded by the choice {{{couples}}}, Luke beamed as he mirrored on their night time of ardour.

He acknowledged: “Last night was the best night we’ve ever had together.”

Catching him off-guard, Morag chipped in: “And I slid right down your fireman’s pole.”

The cheeky comment had Bob and accomplice Megan in hysterics as had been the specialists who had been watching the motion from afar.

Bashful Luke acknowledged: “I can’t believe you just said that.”

He added: “I was pretty shocked when Morag said the whole fireman’s pole thing.”

But Morag was unapologetic, laughing to digicam: “I know he secretly likes it and wants me to shout from the rooftops ‘we’re having sex!'”

Their steamy romp acquired proper right here after Luke dressed as a fireman and carried out a striptease.

I slid appropriate down your fireman’s pole

The awkward little little little bit of place play acquired proper right here after Morag was accused of bullying Luke by always placing him down and criticising his look.

Morag sat on a chair clutching a glass of wine as Luke walked out in a fireman’s outfit, taking her unexpectedly.

She exclaimed: “You look amazing!”

He bent over and slapped his bottom, prompting her to chuckle hysterically. She then set the temper by placing on Another Level’s enticing basic Freak Me.

She chanted “take it off” as Luke set to work teasing off his uniform. Embracing his inside Magic Mike, he gyrated and nibbled her neck.

Speaking to digicam, beaming Morag acknowledged she was “so happy”.

She added: “Tonight I really fancy Luke, and I can’t wait for you lot to f**k off so me and Luke can have a really good night [laughs].”

And clearly she ultimately obtained her want!

Viewers weren’t so joyful to see it, with some calling it cringe whereas others posted vomit emojis.