McEnany rips Biden officials for ‘lie after lie’ about border disaster: ‘We all see these lies’ 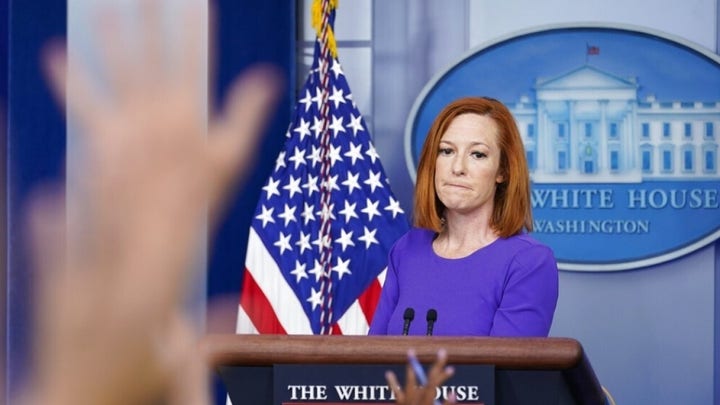 Fox News’ Kayleigh McEnany sounded off on the Biden administration for ‘lie after lie’ about the state of affairs on the border, highlighting particular options from DHS Secretary Alejandro Mayorkas and White House press secretary Jen Psaki that made make “no sense.” Despite Mayorkas’ assertion in Texas that the border is closed, the administration is being compelled to acknowledge the disaster as 1000’s of migrants are ready on the International Bridge into Del Rio.

KAYLEIGH MCENANY: It’s merely excellent. As [Biden’s] saying this, what’s going on on the Hill is Senator Hawley is grilling Mayorkas, who’s testifying about his plan. Hawley stated in non-public, ‘You told me you had a plan. When will this plan stop working?’ To which Mayorkas replied, ‘It is working.’ To have the audacity to say one issue like that – it is an outright lie. We’ve heard lie after lie. Just yesterday, Mayorkas stated the border merely will not be open. Oh, wait. But migrant crossings are at a 21-year excessive. There’s no disaster, he says.

But there have been, over the weekend, 14,000  – that was the acute quantity – of us beneath the bridge sitting in human excrement. That’s half the inhabitants of Del Rio. I actually really feel that is outlined as a disaster. And then more than likely primarily probably the most appalling lie from Jen Psaki saying they do not intend to remain. Right. They traveled 1,900 miles to sit down in human excrement and assemble tents, makeshift constructions out of trash baggage. That’s what they did. That makes no sense. And we all see these lies.