Mollie Hemingway: 2020 election was unlike any we’ve ever had

Fox News contributor Mollie Hemingway, writer of the brand new e book “Rigged,” sat down with “Fox & Friends” Wednesday, to debate how Big Tech swung the 2020 election for the Democrats. Hemingway emphasised that the 2020 election was unlike any different U.S. presidential contest.

MOLLIE HEMINGWAY: WHAT HAPPENED DURING THE 2020 ELECTION MUST BE INVESTIGATED AND DISCUSSED

MOLLIE HEMINGWAY: This election was unlike any election we’d ever had. People already knew that the media setting was corrupt. They suppressed that Hunter Biden story, which was explosive. They elevated faux news, they knew that Big Tech had manipulated, they didn’t wish to have any info out that helped their political opponents or damage their political allies and they also censored info and so they de-platformed individuals. They additionally modified lots of our election legal guidelines. Sometimes they did that legally and constitutionally, generally they didn’t and Mark Zuckerberg, one of many world’s wealthiest people, funded the private takeover of presidency election places of work, and that enabled a bunch of left-wing activists to return into authorities election places of work and truly deal with many issues, from voter registration to voting to vote counting. 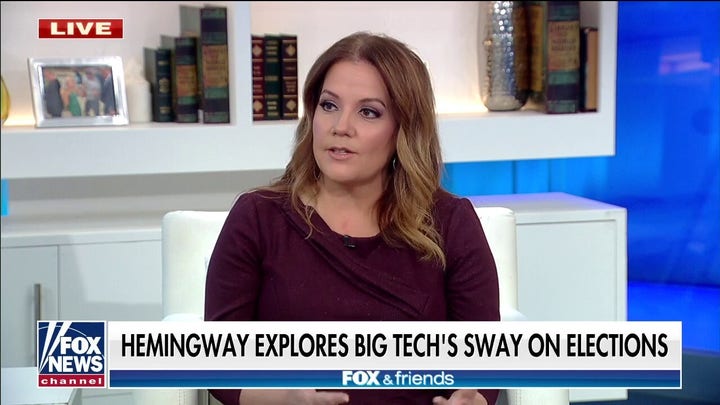