Most Americans will keep politics off Thanksgiving plate this yr: poll 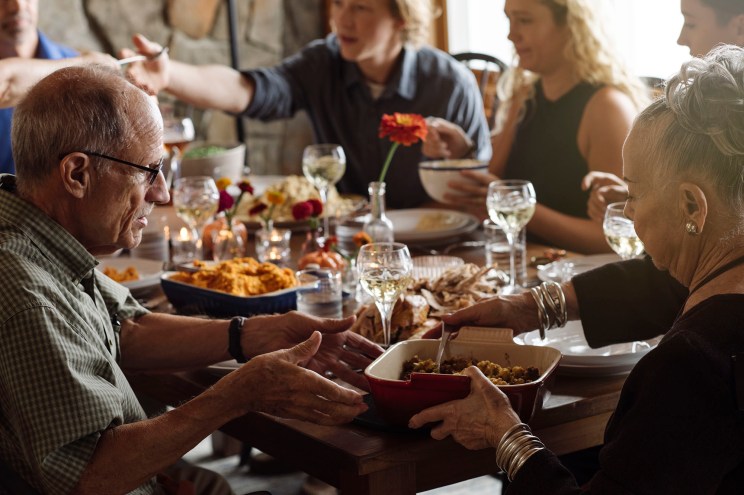 Nearly two-thirds of Americans haven’t any urge for food to speak turkey about politics this Thanksgiving.

A Quinnipiac University poll launched on Monday discovered that 66 p.c of adults are “hoping to avoid” conversations about politics on the dinner desk this yr, a sentiment that features most Democrats, Republicans and independents.

While 21 p.c say they’re “looking forward” to ​hashing out their political beliefs whereas feasting on fixings, 68 p.c of Republicans, 66 p.c of Democrats and 69 p.c of independents say they wish to depart politics on the eating room door.

The survey additionally discovered that almost three-quarters of Americans (74 p.c) stated heated political debates amongst household or pals have been “not so likely” or “not likely at all” in comparison with 24 p.c who stated such discussions have been “very likely” or “somewhat likely.”

Among Republicans, 76 p.c stated political ​prattle was “not so likely” or “not likely at all,” a sentiment that utilized to 74 p.c of Democrats and 70 p.c of independents.

“A heaping serving of political back and forth with your cranberries and stuffing? No way, say Americans, who would far rather feast on the big meal than feud with each other on Turkey Day,”​ ​stated Quinnipiac University Polling Analyst Tim Malloy.

T​he poll additionally reveals that Americans are in a giving temper this vacation season, with 89 p.c saying they plan to donate “about the same” or “more” to charity than they did final yr, whereas simply 7 p.c say they plan to offer much less.

“The pandemic nightmare may have brought emotional, and in some cases, financial upheaval to American homes, but it did not chip away at their charitable instincts,”​ ​Malloy​ stated.​​