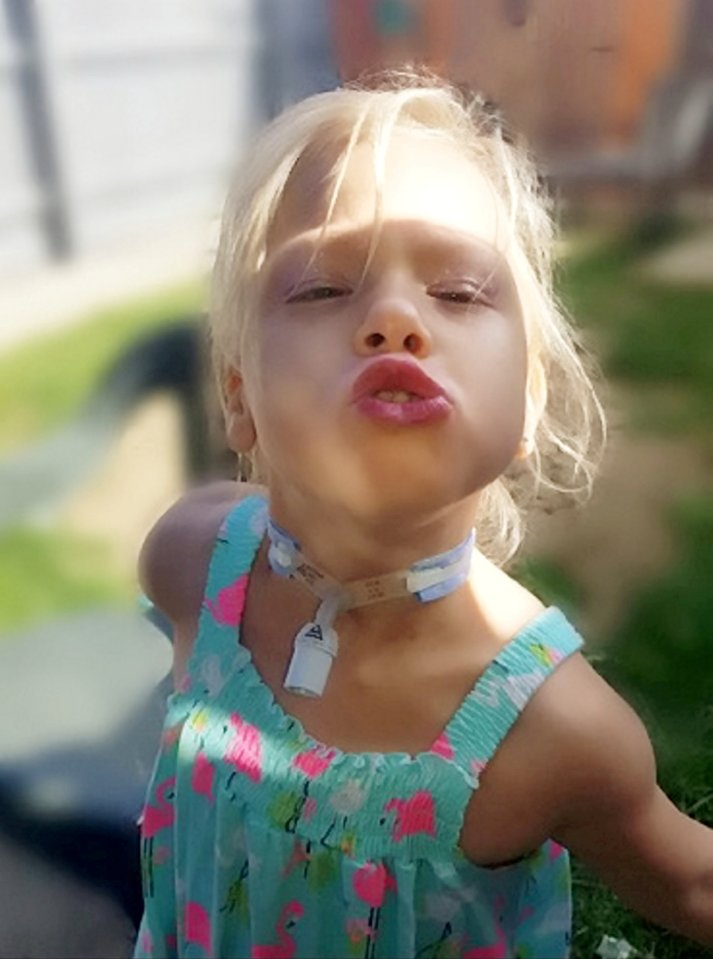 A FUMING mum has blasted a school after members of staff joked about her disabled six-year-old daughter’s condition on Facebook Live after considering their mic was off.

Little Willow Musgrave has a life-saving tracheostomy in her throat to assist her breathe – which three educating staff had been heard mocking.

The teenager – who has superior correctly being wants which require 24-hour care – has had a tracheostomy on condition that age of 4 months after being born 16 weeks untimely, and might die if the tube is out for larger than quarter-hour.

Three women who work on the St Andrew’s CofE Primary School in Kettering, Northamptonshire, had been heard hooting with laughter when one stated the medical tube “made them feel sick” whereas one completely different stated it “looked really horrible”.

But unknown to the educating staff, their full chat was broadcast on Facebook Live on Saturday and was watched by larger than 12,000 individuals.

They had been utilizing Facebook Live ahead of a school journey however one in every of them by chance picked up their dialog about Willow.

In the clip, they talked about how lecturers are requested to offer medical help for teenagers when one was heard saying: “The mask change for Willow. The mask fitting, it’s awful.”

Talking about serving to alongside collectively along with her tracheostomy, one stated: “It makes me feel queasy. I couldn’t do it.”

Another stated: “I don’t like even looking at it.”

One replied: “No I don’t. I know that’s really horrible.”

Towards the tip of the dialog, laughter adopted when one stated: “You didn’t come into this to be changing tracheostomies.”

Willow’s outraged mum Becky Wardiell, 34, is now taking licensed motion in course of the school, and the three staff members haven’t returned to the school on condition that incident after an investigation was launched into their solutions.

Mum-of-four Becky, of Northamptonshire, stated: “Willow cannot defend herself. It’s not her fault she has a tracheostomy. It’s a life or lack of life state of affairs for her.

“My friend saw it on Facebook and was so outraged she sent me the link. I was so shocked and angry. I think I had every emotion going.

“For three adults to face there and discuss Willow like that’s nasty. Willow is the prettiest, happiest little girl.

“People who are in a position where they care for children shouldn’t talk about her like that just because she has a disability.”

A spokesman for the Peterborough Diocese Academy Trust, which runs the school, stated: “Every teen who we’re capable of help from an academic, correctly being and wellbeing perspective is also very welcome in our group – no matter any challenges they could very properly be going by way of.

“Clearly there are elements of this conversation that should not have taken place, and the fact that the discussion was accidentally shared to a wider audience is also deeply regrettable.

“We have apologised to the household involved, and we’re going to almost definitely be addressing this in greater depth with the staff members involved.

“We will also look at what additional training we can provide to help address any barriers about meeting the medical needs of our pupils.”