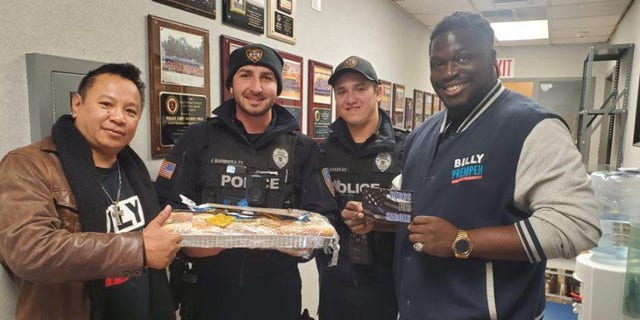 GOP congressional candidate for New Jersey’s ninth district William “Billy” Prempeh is displaying his appreciation for America’s women and men in blue within the type of sandwiches.

Prempeh began an initiative referred to as “Heros for Heroes” the place he personally delivered meals to all of the police officers inside his house district, and the district he’s operating for workplace in, NJ-9.

“What inspired me to do this was, the police. They don’t really get much of a good response these days,” Prempeh advised Fox News.  “I’m real grateful for a lot of the things that they’re doing inside of our community.”

Meanwhile, as many on this nation proceed the vilification of police officers, Prempeh expressed that the “defund the police’ movement was a major factor for why he started this project.

“I needed to allow them to know that that not everyone believes that…In reality, the general public that I do know are completely towards that concept of defunding the police,” he expressed.

“It didn’t work in New York, and it led to lots of crime increasing in the city of New York…I see the same thing happening in Paterson, [New Jersey] as well.”

FBI statistics present that 60,105 legislation enforcement officers have been assaulted on the job in 2020, with 30.9% of them – 18,568 – struggling accidents consequently.

The New Jersey congressional candidate continued to say that the police departments are “super underfunded,” and it saddens him to see “the state of the complex that’s being used by the Paterson police.”

“[Police] definitely deserve a lot better, and I believe with a strong police force, we’ll be able to have a much safer city…I want to let them know that, that they do have allies,” he added. 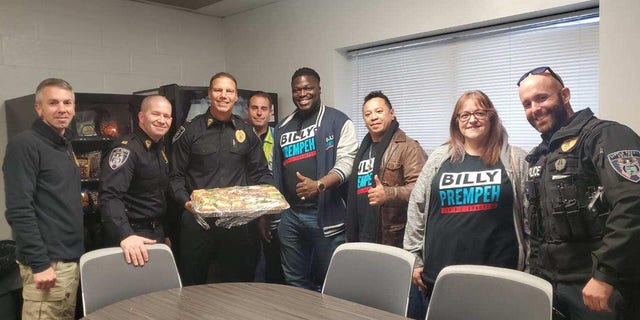 “We just decided to hook them up with some lunch…I told them, if you had lunch, throw it out because I got it,” Prempeh joked.

Within a span of 4 days, Prempeh visited 35 municipalities and delivered 1,230 sandwiches to New Jersey officers. He talked about he’s acquired “extremely positive” reactions from his “Heros to Heroes” initiative.

Prempeh advised Fox News how he plans to proceed to help the police if he was elected to workplace.

“First thing’s first, getting the police officers the funding and the gear that they need…I see what’s going on in the Paterson Police Department. There’s like light bulbs hanging off the ceiling and water dripping…it’s a really bad set of conditions,” he famous.

The GOP congressional candidate acknowledged that he needs to “hire the best of the best officers” to preserve the group secure, and proceed to help the officers that “put their lives on the line…take the time to work for us.”

The “Heros for Heroes” initiative was a sort gesture Prempeh created to present his appreciation in direction of the women and men in blue. Since he acquired such constructive suggestions from this venture, Prempeh talked about he could begin delivering meals yearly to state police officers.

“I just wanted to put a smile on their face and let them know that…they still have support and that I really love everything that they’re doing. It was just our way of saying thank you,” he concluded.