Staffers from the New York Times are overtly revolting towards their employer in solidarity with colleagues who went on strike throughout Thanksgiving weekend.

Wirecutter, which the Times describes as its “product recommendation service” providing shoppers trusted recommendation on the most recent merchandise being offered, revealed an article Thursday on the “75+ Best Early Black Friday Deals for 2021” forward of the largest purchasing day of the season.

However, when the Times shared the article on Twitter, the paper confronted vital blowback, together with from a number of staff.

“100 PERCENT of @wirecutterunion is ON STRIKE starting today!” Times reporter Davey Alba exclaimed. These posts are delivered to you by NYT assigning work to center managers & freelancers as an alternative of paying @wirecutterunion a TOTAL OF $300,000 in raises distributed throughout 66 PEOPLE! NYT has ONE BILLION DOLLARS in money!”

Alba urged Twitter users, “Don’t click on these hyperlinks! Don’t store via Wirecutter this Black Friday! Pass it alongside!”

Times tech reporter Sheera Frenkel tweeted, “Just a reminder that the @wirecutterunion is on strike. Clicking on any wirecutter links from today through Black Friday is crossing the picket line.”

“Don’t use Wirecutter this weekend while they strike! The audacity of NYT execs to refuse to bargain with Wirecutter workers, then promote Wirecutter content. Solidarity to @wirecutterunion,” Times knowledge engineer Sarah Duncan tweeted earlier than urging Twitter customers to donate to a GoFundMe marketing campaign devoted to the Wirecutter strike.

Journalists from different news organizations in addition to progressive activists just like the New York City division of Democratic Socialists of America additionally expressed help for the Wirecutter staffers.

A spokesperson for the Times instructed Fox News, “The New York Times has a long history of productive relationships with unions to advance our shared objectives. We’re actively working with the Wirecutter Union to reach a collective bargaining agreement that continues to reward our employees for their work and contributions to The Times’s success, and we look forward to continuing those negotiations at the bargaining table in early December.” 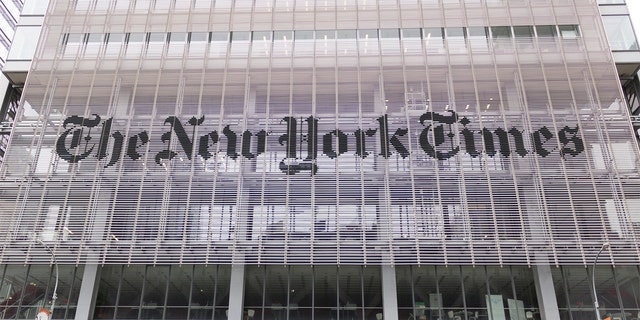 The strike, which is about to undergo Monday, is urging the general public to “don’t cross the digital picket line” by not utilizing Wirecutter through the busy purchasing weekend.

“After two years of bargaining, The New York Times Company has continued to delay our negotiations through unfair labor practices and wage offers that significantly underpay our staff,” the Wirecutter Union said on its web site. “We, members of the Wirecutter Union, are fed up. We’re prepared to walk out during the Black Friday shopping week to win the fair contract we deserve.”

On Wednesday, the Daily Beast reported the Times was recruiting “scab” labor to maintain its e-commerce division working through the strike by counting on “casual employees.”

“The New York Times is treating workers like they’re expendable and engaging in exactly the kind of worker exploitation they have condemned at other companies,” Wirecutter senior photograph editor and interim vice-chair of the union Sarah Kobos instructed the Beast. “We’re appalled that the Times is relying on our non-union colleagues at the Times to work overtime during a holiday weekend rather than sitting down at the table with us and hammering out a contract once and for all.”

A Times spokesperson instructed the Beast “All of the casual employees were scheduled to work during this period before the strike was announced” and denied the outlet’s characterization of the use of “scab” labor.