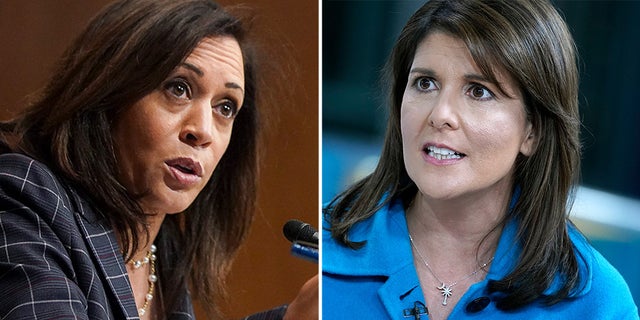 “Kamala Harris’ ‘union drive’ is nothing more than a power grab that will crush worker freedom and empower labor bosses,” Haley, the previous U.S. ambassador to the United Nations and South Carolina governor, informed Fox News. “When I was governor, we made sure workers’ voices were heard and that liberal union middlemen couldn’t intimidate them.”

Haley was reacting to a measure unveiled Wednesday by Harris and Labor Secretary Marty Walsh that may make it simpler for unions to prepare federal employees.

The plan would direct federal companies to supply info to candidates and new workers about unions throughout their hiring course of. The plan would reportedly additionally permit unions to be a part of new worker coaching classes.

Harris, throughout a roundtable Wednesday with employees, mentioned the brand new coverage “will remove barriers in the workplace.”

“We’re going to ensure all current workers are reminded if they are eligible to join unions,” she mentioned. “All of this is part of a broader strategy to make the federal government a model employer.”

BIDEN SAYS LABOR UNIONS ‘BRUNG ME TO THE DANCE’ IN POLITICS

She added that the administration is looking “on all employers to take similar steps.”

Under the brand new plan, federal companies can be required to boost their communications to present workers and supply them with details about their rights to prepare and be part of unions.

During her time as governor of South Carolina, Haley was an outspoken critic of unions, making clear to a variety of organizations that they weren’t welcome within the Palmetto State. Under her administration, Haley mentioned unions weren’t wanted as a result of corporations in South Carolina took care of their employees.

Haley, all through her administration, touted South Carolina as a “right-to-work state,” and mentioned folks within the state are “proud that within our borders workers cannot be required to join a labor union as a condition of employment.”

“We don’t need unions playing middlemen between our companies and our employees,” Haley wrote in an op-ed within the Wall Street Journal in 2011. “We don’t want them forcefully inserted into our promising business climate. And we will not stand for them intimidating South Carolinians.”