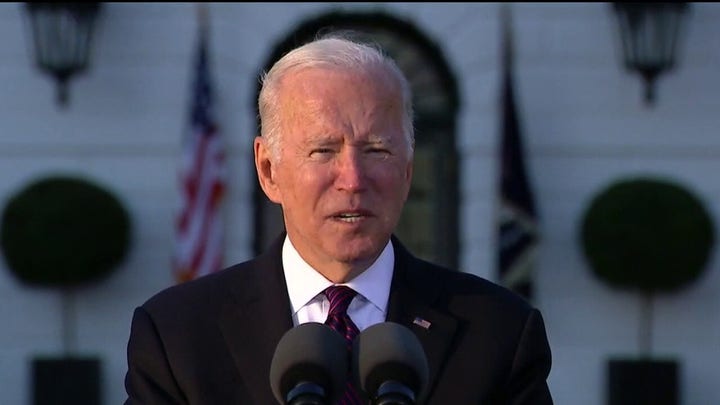 Good morning and welcome to Fox News First. Here’s what it’s good to know as you begin your day …

Polls indicate infrastructure bill is widespread, but Biden and Democrats don’t get any bounce
President Biden says the bipartisan infrastructure bill, which he signed into legislation on Monday, will assist households struggling economically amid the best surge in inflation in three many years.

“Today we’re finally getting this done,” the president declared on the White House bill signing ceremony. “My message to the American people is this: America is moving again, and your life is going to change for the better.”

Public opinion polls indicate that the $1.2 trillion bundle – the most important funding within the nation’s crumbling roads and bridges in many years – is getting a thumbs up from a majority of Americans.

But to date the bill – which handed the Senate over the summer season and the House earlier this month – is not serving to Biden increase his flagging ballot numbers or aiding congressional Democrats hoping to retain the razor-thin majorities in subsequent yr’s midterm elections.

The bundle – which incorporates greater than $500 billion in new spending for “core” infrastructure initiatives comparable to transportation, broadband web, and electrical utilities over the following eight years – is backed by 63% of Americans in an ABC News/Washington Post nationwide ballot carried out Nov. 7-10, after the ultimate passage of the measure.

That help’s in-line with a USA Today/Suffolk University survey carried out in late August and a Quinnipiac University ballot carried out in early October. But all three surveys indicate a partisan divide, with the overwhelming majority of Democrats and a stable variety of independents backing the bill, and most Republicans opposed. . Thank you for making us your first selection within the morning! We’ll see you in your inbox very first thing Wednesday.

The Rittenhouse case is a cautionary tale for conservatives