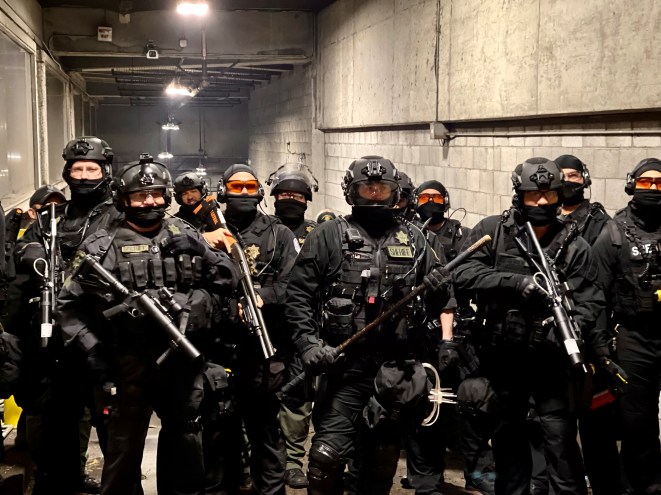 Police Chief Chuck Lovell informed the outlet earlier in the night time that it was “reasonable to expect there will be some type of reaction to the verdict.”

Portland Tribune reporter Zane Sparling shared photos on Twitter that confirmed buildings defaced by protesters with posters that mentioned “Kyle Rittenhouse is guilty” and graffiti that learn “No just verdict” and “F–k Kyle.”

Police warned residents that responses to lower-priority calls could also be delayed:

“Significant resources have been diverted to address this riot and it is affecting response times,” the division mentioned in a tweet.

The crowd had largely dispersed by 11 p.m. native time, in keeping with KOIN TV.

It was not clear if any arrests had been made late Friday.