Ryder Cup win brings a truce, and a hug, to Koepka-DeChambeau feud

KOHLER, Wisconsin, Sept 26 (Reuters) – It took nothing lower than a U.S. Ryder Cup win to deliver a truce to golf’s greatest feud on Sunday as Bryson DeChambeau and Brooks Koepka celebrated the victory over Europe with a hug whereas their crew mates belted out the Nineteen Seventies hit, “Why Can’t We Be Friends?”

Much of the buildup to the Ryder Cup had centered on the hostility between the 2 main winners and there have been issues within the U.S. camp that it could be a supply of friction and grow to be an undesirable distraction.

Despite efforts by U.S. captain Steve Stricker and others to deliver the 2 collectively their relationship stay frosty till Sunday when crew mate Justin Thomas known as on the pair to hug it out through the ultimate U.S. news convention.

“I think before this is all over we should have Brooks and Bryson hug in the middle of the room,” shouted Thomas. “To prove how much of a team we are, they are going to hug.

“Before you go, maintain the trophy within the center.”

DeChambeau, standing beside the gold trophy, waved at Koepka to join him and the pair came together to pat each other on the back in a brief hug.

While it was not the kind of full-on embrace their U.S. team mates had engaged in following the 19-9 shellacking of the Europeans Koepka and DeChambeau were all smiles for the cameras before heading off to continue the celebrations.

The pair had said before the competition that they would put their differences aside and focus on reclaiming the Ryder Cup and both made contributions to the cause, including singles wins on Sunday.

“Even Brooks and Bryson wished to play collectively, that is how a lot it got here collectively,” said Stricker.

DeChambeau and Koepka had made faint gestures towards mending fences but in the end being U.S. team mates seemed to be the only common ground.

And in the end that was more than enough 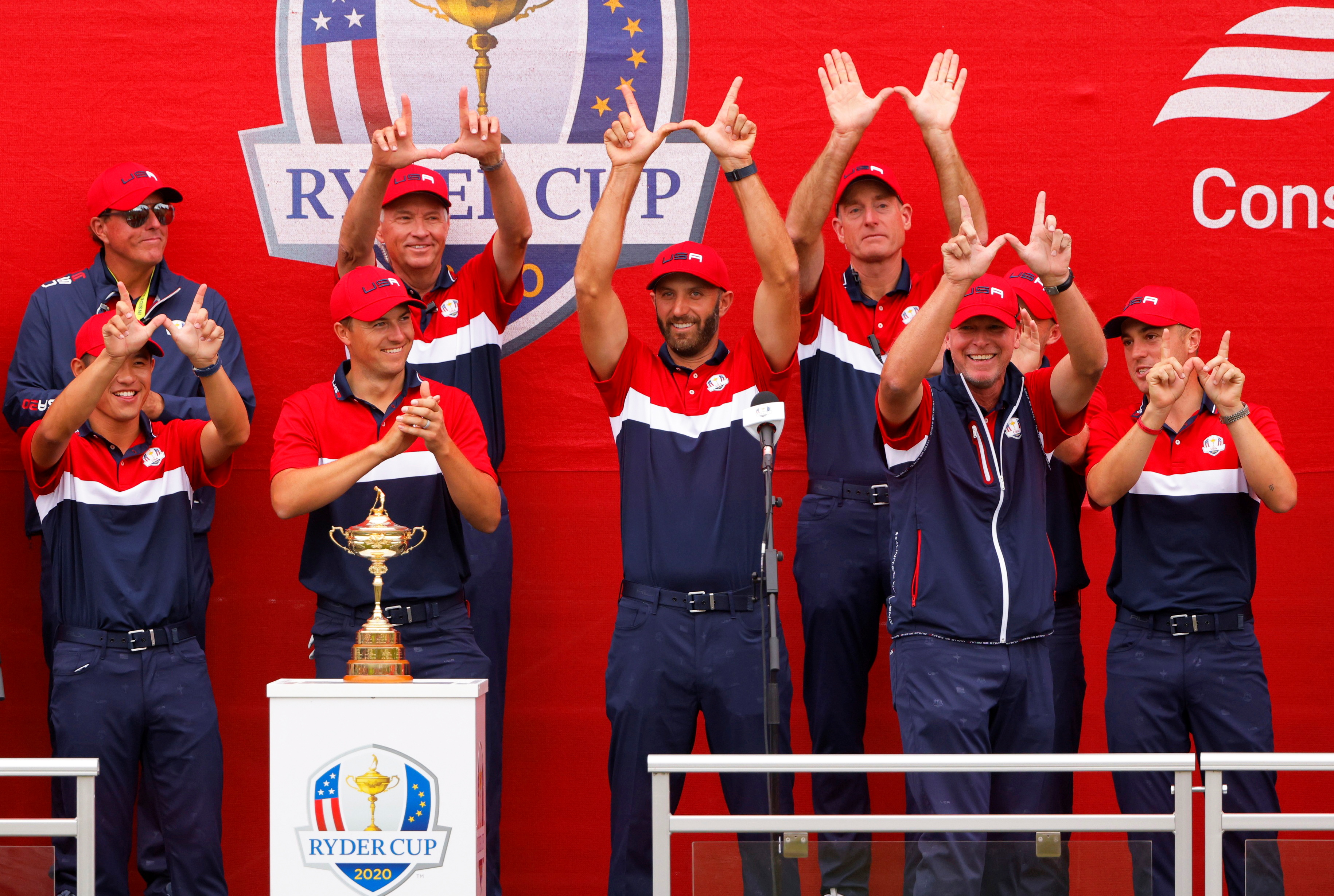