LONDON, Nov 20 (Reuters) – England’s Marcus Smith landed a last-minute penalty to grab a 27-26 win over South Africa on Saturday because the hosts seemed stuffed with early promise however had been hauled again by the battling Springboks within the groups’ first assembly because the 2019 World Cup closing.

England common wonderful early tries for Manu Tuilagi and Freddie Steward however had been penalised relentlessly – 18 instances within the match.

The Springboks edged clear by way of the tee within the second half and, after tries by Raffie Quirke for England and Makazole Mapimpi for the Springboks, a Fran Steyne penalty put the visitorstwo factors forward with six minutes to go.

England, although,having barely featured within the second half, mustered one closing assault and earned a penalty on the 22 that Smith smashed over.

“The last time we played South Africa I was watching in a student bar,” mentioned fullback Steward after his second successive man of the match efficiency.

Smith added: “It was mental, having to wait so long. The referees were checking the TMO. It made it more nerve-racking. The boys around me backed me.

“Once I hit the kick it was like gradual movement. It was so emotional for me. To correctly rejoice on the finish was wonderful. This group will always remember that day.”

England got off to a flier with a superbly worked try after seven minutes as Smith and Henry Slade combined to send Tuilagi over in the corner – though the big centre had to go off immediately after with a knee injury.

England continued to put the ball through the hands and created another excellent score when Steward, looking assured in his fifth international, blasted through three defenders to reach over the line.

South Africa showed little in attack but, as ever, stayed tenacious at every contact, earning a succession of Handre Pollard penalties to keep them in touch.

England just about held their own in the highly-anticipated scrum battle, even when South Africa sent on the Bomb Squad full replacement front row five minutes after the restart, but though the Boks forced two more penalties, Pollard sent them both wide.

A week ago England cashed in on Australia conceding 18 penalties but on Saturday it was the other way and Pollard rediscovered his radar as England’s attack dried up.

A fearsome 35 metre rolling maul earned yet another penalty, though for once the world champions opted against the kick that would have put them ahead and paid the price when a desperate tryline wrestle by Max Malins held up Kwagga Smith on the line.

They did not repeat the mistake when England offended again in front of the posts and replacement Steyne slotted it over to edge the Springboks a point ahead.

That lasted less than a minute though as Joe Marchant cut through to feed replacement scrumhalf Quirke to mark his second cap by diving deliriously over the line.

Another South African maul set up Mapimpi for his try and a Steyne three pointer took them 26-24 ahead.

A yellow card for Springbok captain Siya Kolisi for a high tackle set up a tense last five minutes and, roared on by a home crowd desperate for a final surge, England delivered it, earning a straightforward shot that the nerveless Smith nailed.

It was a fantastic match to end England’s autumn following wins over Tonga and Australia.

“Our younger guys will be taught a lot in a take a look at like that the place South Africa hold coming at you with that depth and also you be taught what take a look at rugby is about,” said England coach Eddie Jones. “That’s a correct take a look at tonight – I’m actually happy.”

It was a disappointing end for South Africa’s tour, after wins over Wales and Scotland.

“It was a pity that we could not end sturdy however I’m happy with the way in which the boys pushed up even after we made a number of errors,” said Kolisi.

“We by no means make excuses, we’ll take it in our stride as we’re grateful that we get to play this sport of rugby – it has been a tricky 12 months.” 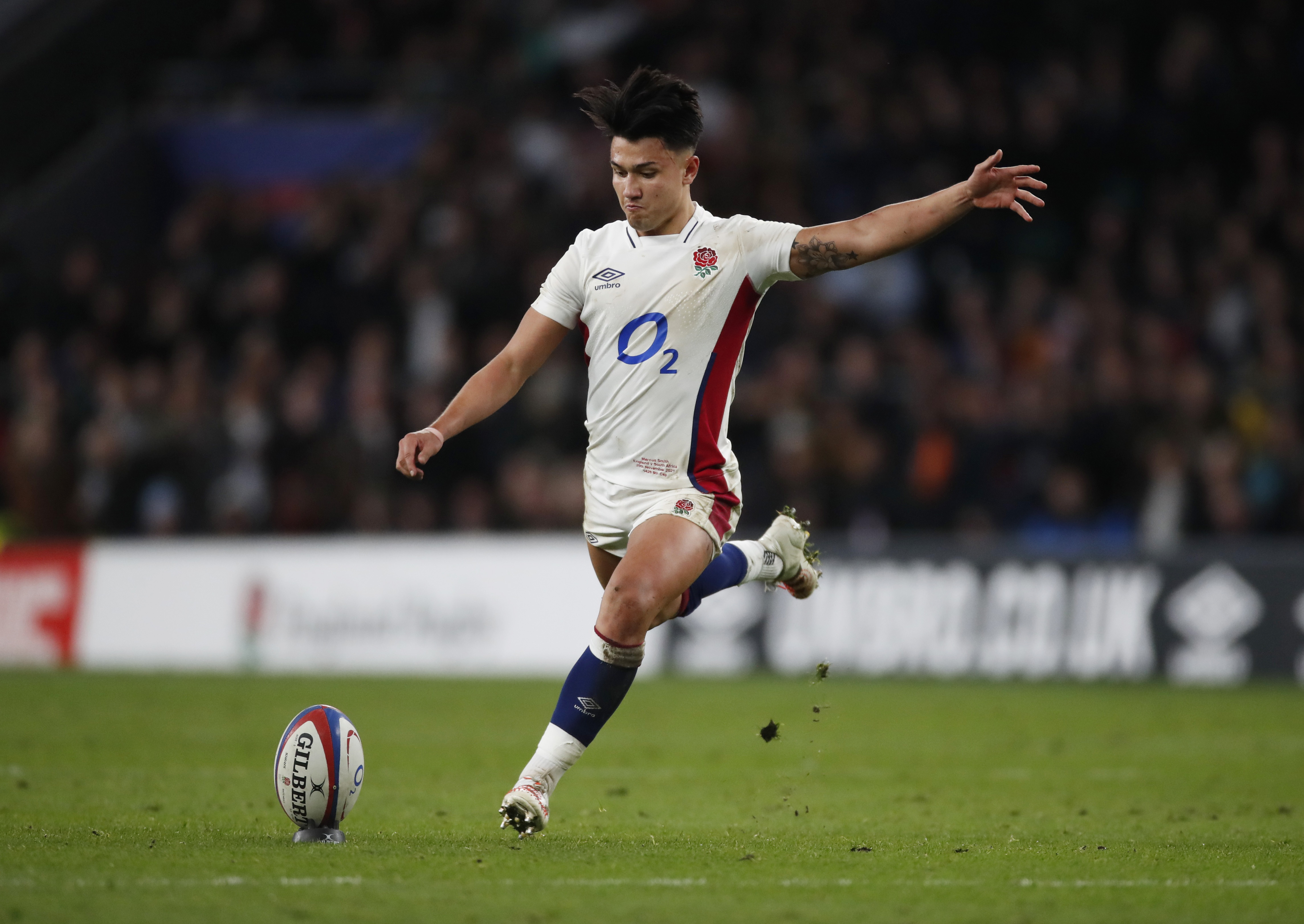 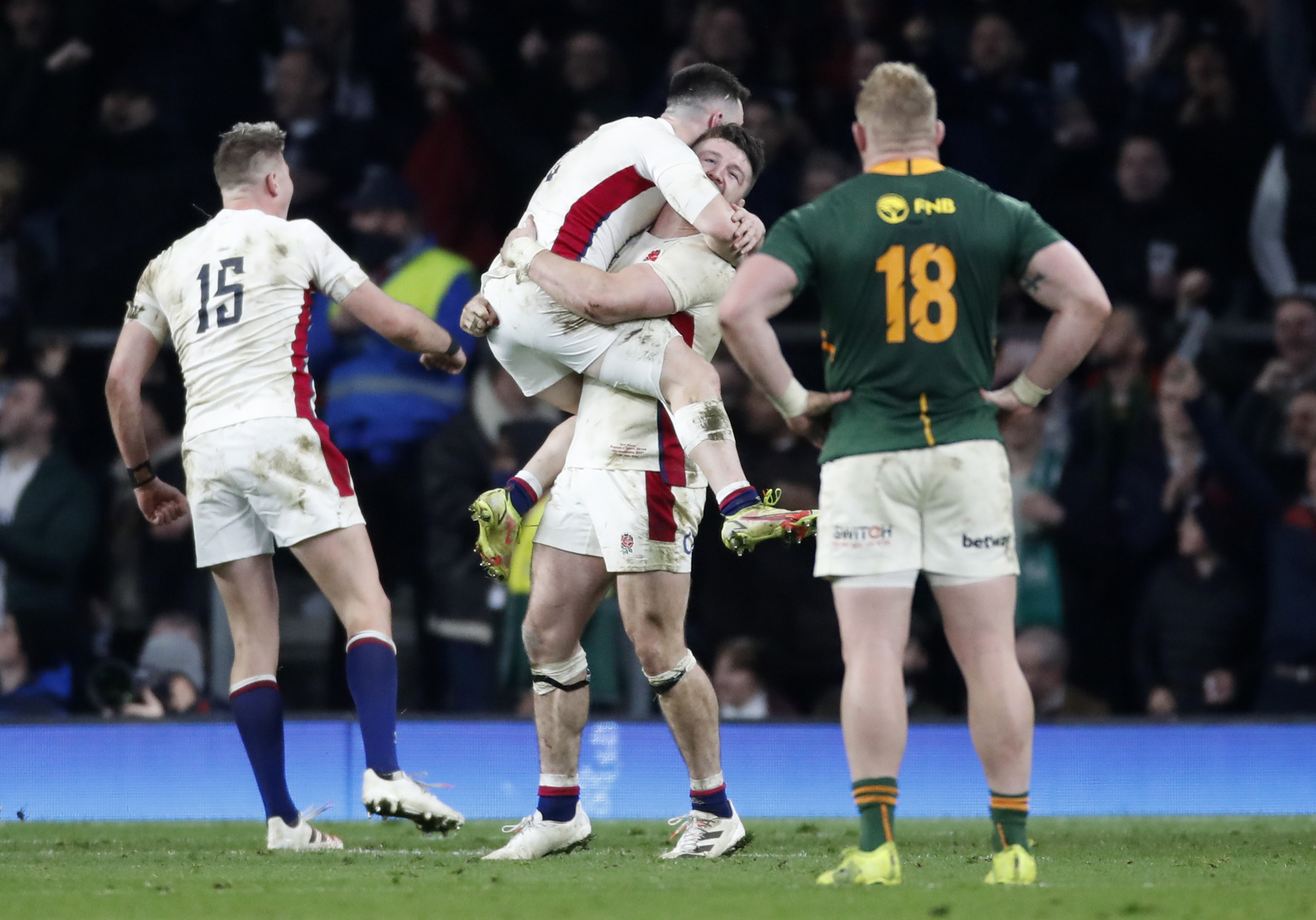