Steelers’ Mike Tomlin defends Trai Turner after ejection: ‘Somebody spit in his face’ 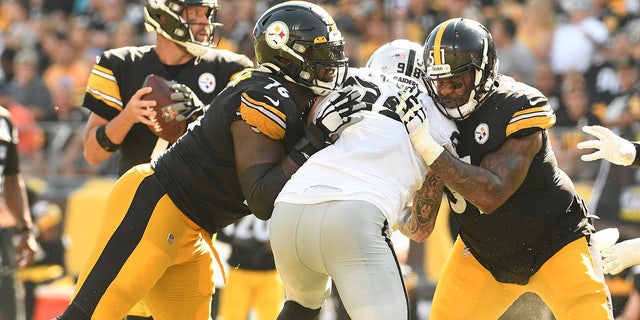 Pittsburgh Steelers offensive lineman Trai Turner was ejected from his Week 2 sport in the course of the Las Vegas Raiders after he appeared to spit on an opponent.

“Somebody spit in his face. I understand the 15-yard penalties and so forth, gaining control of the game. But Trai is not a young guy. He’s not overly emotional. He’s a flat-liner. For him to respond the way he responded, what transpired, I was stating that case to them,” Tomlin talked about, by the use of Trib Live.

“I didn’t believe he did enough to be kicked out of the football game.”

Quarterback Ben Roethlisberger, who was seen consoling Turner, talked in regards to the guard instructed him he was spit on.

RAIDERS’ JON GRUDEN CURSES LIKE A SAILOR IN BIG WIN VS. STEELERS

Turner was assessed an unsportsmanlike conduct penalty after an altercation with Raiders defensive lineman Solomon Thomas, and the offensive guard was tossed from the sport.

The five-time Pro Bowler joined the Steelers in the offseason after collaborating in the 2020 season with the Los Angeles Chargers.

He began his profession with the Carolina Panthers, collaborating in in 84 video video video games for Carolina ahead of turning into a member of the Chargers, then the Steelers. Pittsburgh added Turner as an improve alongside the offensive line to guard an rising outdated Roethlisberger, who was sacked twice in the course of the Raiders. Turner made the Pro Bowl from 2015 to 2019.