Teenage lady, 17, fighting for life after car crashes into tram in Wolverhampton 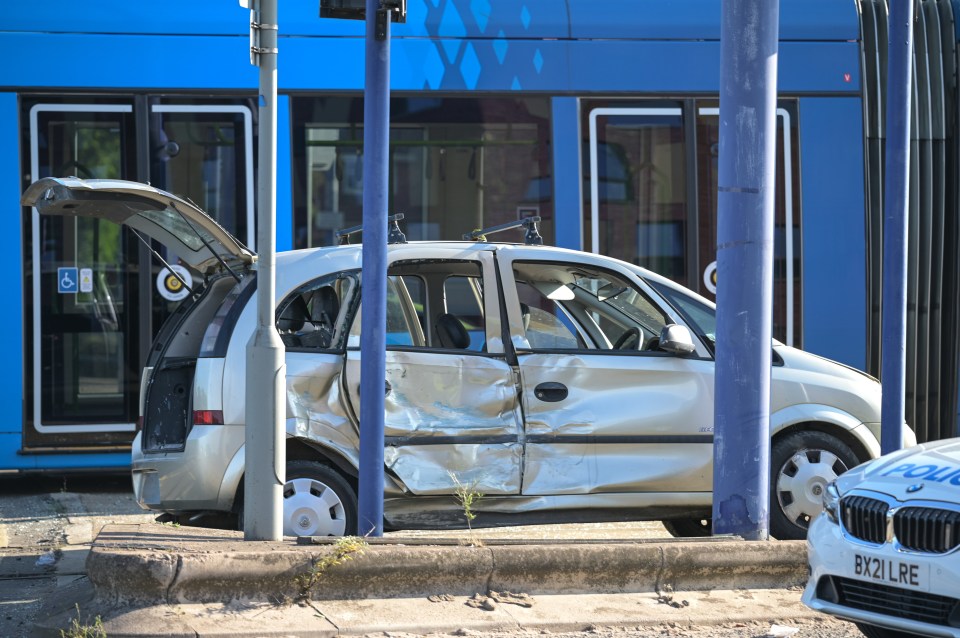 A TEENAGE lady is fighting for her life after a car smashed into a tram in Wolverhampton.

The 17-year-old was a passenger in a silver Vauxhall which crashed into the tram merely after 6.30am this morning.

Paramedics talked about {{the teenager}} was discovered in a “life-threatening” state of affairs.

The driver of the car – a teenage boy – was handled for minor accidents in hospital.

A spokesman for West Midlands Ambulance Service talked about: “Staff worked quickly to administer advanced trauma care to the patient at the scene and en route to Queen Elizabeth Hospital in Birmingham.

“The second occupant of the car, a teenage boy, was treated for injuries not believed to be serious and was conveyed to New Cross Hospital.”

It is known one totally different passenger suffered minor accidents.

Tram suppliers between The Royal and Wolverhampton St George’s had been halted after the crash.

A West Midlands Fire Service spokesman talked about: “We were called at 6.34am this morning to a collision involving a tram and a car.

“One feminine was assisted by fireside service personnel. One male casualty vacated the car earlier to the crews’ arrival and acquired first assist treatment on the scene.

More to take a look at…

For the newest data on this story keep checking as soon as extra at Sun Online.

Unvaccinated care employee, 55, and daughter, 32, die of Covid within 2 weeks as dad says jab refusal will ‘haunt him’