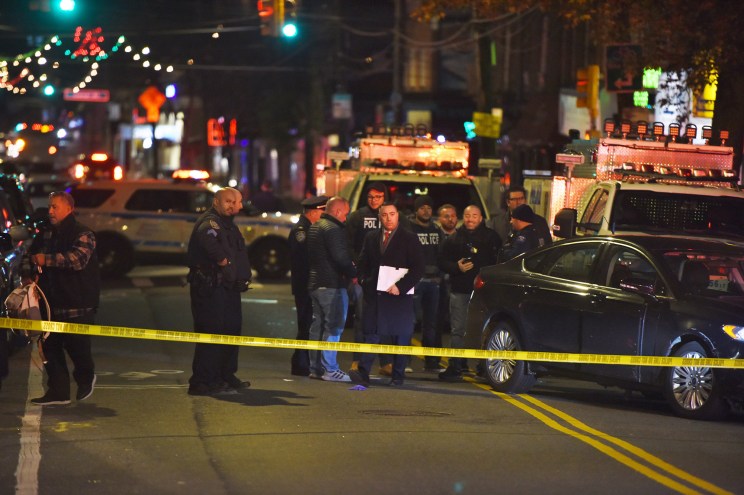 The violence unfolded shortly earlier than 10 p.m. Friday outdoors the Amendment 18 Bar & Grill on Bay Street in Stapleton when the unidentified gunman blasted a 51-year-old man in the abdomen and a 39-year-old man in the hip, an NYPD spokesman mentioned.

The wounded men have been taken to Richmond University Medical Center with non-life-threatening accidents, police mentioned.

The victims, a 21-year-old lady and a 39-year-old lady have been struck with an unknown object, “possibly keys,” an NYPD spokesman mentioned.

The injured ladies have been taken to Columbia Presbyterian Medical Center with non-life-threatening accidents, police mentioned.