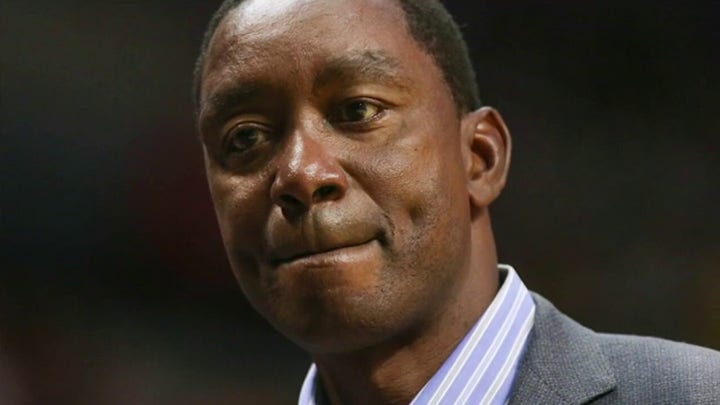 Whitlock spoke with Thomas in an interview Thursday, as half of the “Fearless with Jason Whitlock” podcast, the place the sooner basketball star steered that collaborating in each national anthems is simply dividing the nation instead of unifying it.

“He was pointing out the obvious that I think we all agree on,” Whitlock talked about.  “You can’t have two national anthems if you want to be one country.”

The radio host talked about his two-hour dialog with Thomas centered largely on racial division contained in the U.S. and the easiest way “race is a false construct” to get forward of.

“Anybody that’s a rational person realizes two national anthems is unhealthy,” he talked about. “It’s not unifying.”

“The NFL has bent over backward for Black Lives Matter and the Marxist agenda and has adopted practices that totally contradict everything you’re taught in team sports and everything that the NFL was about.”

Whitlock argued that soccer Sundays in America was as quickly as a day of unconditional unity till the league concerned itself in politics by “kissing the ring” of the BLM motion.

Thomas furthermore spoke to Whitlock relating to the intentions of America’s founding fathers which was to not topic individuals by pores and pores and pores and skin coloration nonetheless to convey an entire inhabitants collectively “under one umbrella.”

Whitlock described the interview with Thomas as a “journey” for the reason that former NBA participant was desirous to draw back his background of “far-left thinking” as a graduate from Cal-Berkeley.

“So some of what you hear will be like, ‘Wow! I totally get it. I agree,’” he talked about. “And then you’ll hear like, ‘Well, this is a man at odds with himself.’”