VA sheriff on confronting McAuliffe over ‘defund police’ ties: ‘We don’t need anybody working against us’ 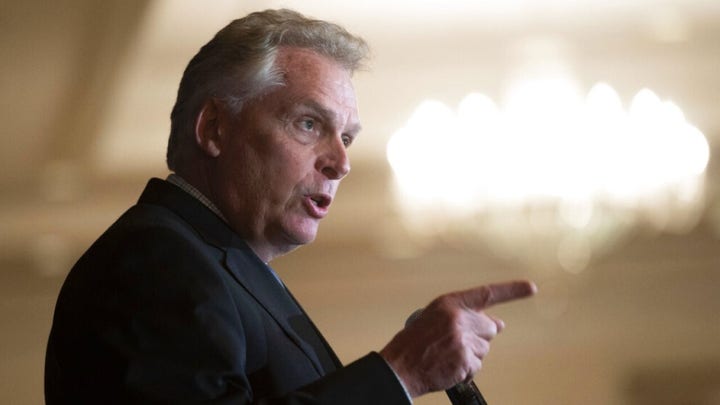 A Virginia sheriff confronted Democratic gubernatorial candidate Terry McAuliffe at a heated assembly Wednesday, calling out the sooner governor and asking for a direct reply as as as to if he’d help defunding police.

On “Fox & Friends,” Hank Partin, sheriff of Montgomery County, talked about after a tough few years, he must vote for any one who will help legal guidelines enforcement.

“I was attempting to nail him down on a yes or no,” Partin talked about. “And I asked him, ‘Can you give us a yes or no?’ And that’s when things went south.”

Partin cited an endorsement McAuliffe had acquired from the New Virginia Majority, which has ties to defund police actions.

McAuliffe educated the room filled with cops, “I’m proud to accept any endorsements. Groups that endorse me – I don’t know everything they do.”

When additional pressed on his stance on defunding police, he talked about, “I won’t even dignify that with an answer.”

Partin well-known that the heated response was most certainly due to he has supported McAuliffe’s opponent, Glenn Youngkin.

“He’s angry at me, number one, because I have publicly supported his opponent, who I believe will defend us and defend our commonwealth and keep our community safe. And that’s what all of the sheriffs want to do,” Partin talked about.

“We don’t need anybody working against us.”

Partin educated Fox News’ Brian Kilmeade that when McAuliffe accepted the endorsement from the New Virginia Majority, he tweeted, “it’s past time to defund the police” and that he was proud to solely accept the endorsement.

“He advised me at one point that he accepts endorsements from anyone,” Partin talked about.

Partin talked about he and his colleagues are within the hunt for a candidate who will prioritize legal guidelines enforcement.

“Sheriffs and police chiefs and our state police partners – we’re all doing everything we can, but it’s becoming increasingly hard to retain the good people that we need and even harder to hire.”

“Things are not getting any better, and we’ve got to start getting some support.”

In an interview in Aug. 2020, McAuliffe talked about he wouldn’t help “defunding the police.”