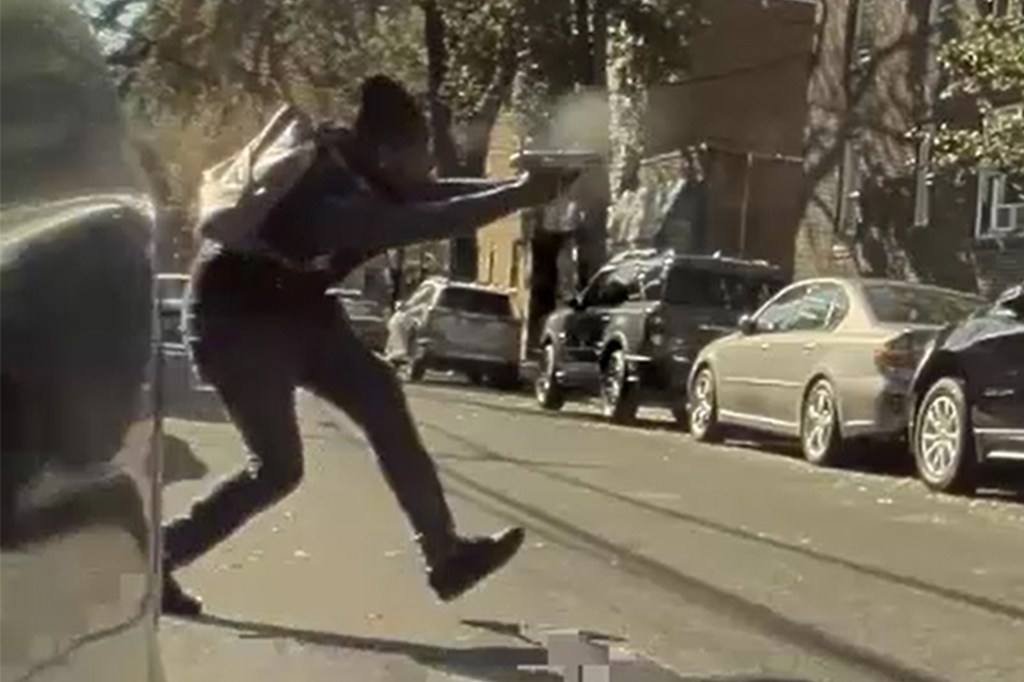 Wild new video shows a gunman opening fire in the center of a Bronx street in broad daylight, wounding one other man.

The clip, launched late Wednesday, shows the suspect strolling between parked automobiles on Holland Avenue close to East 212th Street in Olinville simply earlier than 11 a.m. Nov. 10 and darting into the center of the empty street, the place he let off a couple of rounds.

He is then proven operating throughout the street, between two different automobiles and firing once more on the sidewalk.

His goal, a 36-year-old man, was shot in the abdomen and leg, and was taken to Jacobi Medical Center in steady situation, cops stated.

Police stated the sufferer was uncooperative with investigators. The motive for the gunplay was unclear Thursday.

The suspect, described as a person with a darkish complexion, was final seen carrying a black and blue knit hat, blue long-sleeve shirt, black vest, blue-colored pants, dark-colored sneakers and a light-colored backpack.